Advertisement
The Newspaper for the Future of Miami
Connect with us:
Front Page » Transportation » Public-private transit projects planned 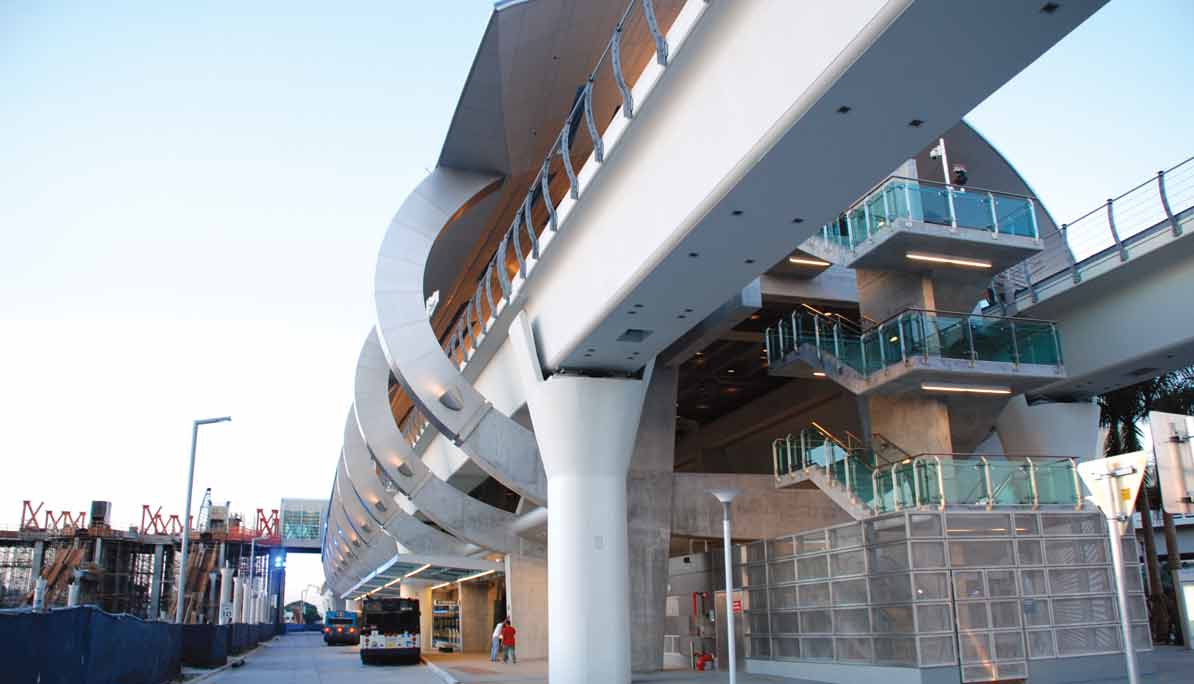 Charles Scurr and his staff at the Citizens Independent Transportation Trust say they want to help give Miami-Dade residents the public transportation system they deserve and that the county needs to thrive.

However, with most of the tax revenue at their disposal committed to fixed expenses for years to come and no new taxes on the horizon, they’re looking for creative partnerships to help get future projects underway.

The first major project to be accomplished through a public-private partnership could be the proposed rail line from Miami to Miami Beach, said Mr. Scurr, the trust’s executive director.

With high ridership on the line practically a given, he said, it shouldn’t be hard to attract interest from the private sector. And the partnership could go beyond a normal construction and operating agreement to one that also offers a private partner the opportunity to develop property along the route.

“The private sector has the ability to be much more creative, more efficient and more entrepreneurial,” he added.

The surtax is a half-penny increase in the county’s sales tax that local voters approved via a November 2002 ballot referendum to pay for expansion of the county’s existing public transit systems, as well as projects to create new services.

Another kind of partnership, he said, could involve the Miami-Dade Expressway Authority for a project to enhance public transit along one or more of the county’s main east-west corridors. Such a partnership probably would involve a bus rapid transit system with dedicated bus lanes to speed up trips.

Although bus rapid transit is considered a lower-level project, it could set the stage for the bus lanes to be eventually converted into a rail line whenever funding becomes available, Mr. Scurr said.

Ironically, revenue from the half-penny surtax has been increasing in recent years and is expected to do so for years to come.

Annual revenue from the surtax rose to roughly $215 million in the last fiscal year and is projected to be about $225 million for the current fiscal year. Mr. Scurr’s office also projects increases through 2030, when surtax revenue is expected to near $400 million.

Yet, there still won’t be much left for new projects. One reason is that a percentage of People’s Transportation Plan revenue has gone to Miami-Dade Transit’s operating budget each year since the program began rather than being set aside completely for new projects.

The percentage of annual surtax revenue used to fund existing transit operations peaked in 2009 at 32%. The percentage has leveled out at 19% or 20% from 2012 to this year.

Mr. Scurr expects that a chunk of surtax money will continue to go to operations, saying “it is critical to support operating transportation improvements as well as building them.”

However, the biggest chunk of surtax revenue each year goes to paying off lingering debt from bond sales used to finance People’s Transportation Plan projects during the program’s early years.

Otherwise, Mr. Scurr said, the county would have had to wait years to accumulate enough surtax revenue to pay for big projects, such as the $506 million Metrorail Orange Line extension that linked Dadeland in the Kendall area to Miami International Airport.

About $70 million of this year’s surtax revenue is earmarked for debt service from the bond sales. And debt service is projected to escalate to $150 million a year by 2020 and to stay at that level at least until 2030.

Starting in 2022, when the program’s bond capacity increases, the annual debt service payments are also projected to rise, eventually reaching more than $200 million a year in 2029 and beyond.

Another big chunk of the annual surtax revenue – currently roughly $50 million a year – goes to 34 municipalities around Miami-Dade, earmarked to them to address their individual transportation needs.

After other fixed expenses and debt are taken away, Mr. Scurr said, only about $96 million will be left over this year to actually help operate and maintain the transit system.