Advertisement
The Newspaper for the Future of Miami
Connect with us:
Front Page » Education » Universities have $7.3 billion Miami impact

Written by John Charles Robbins on May 28, 2014
Advertisement 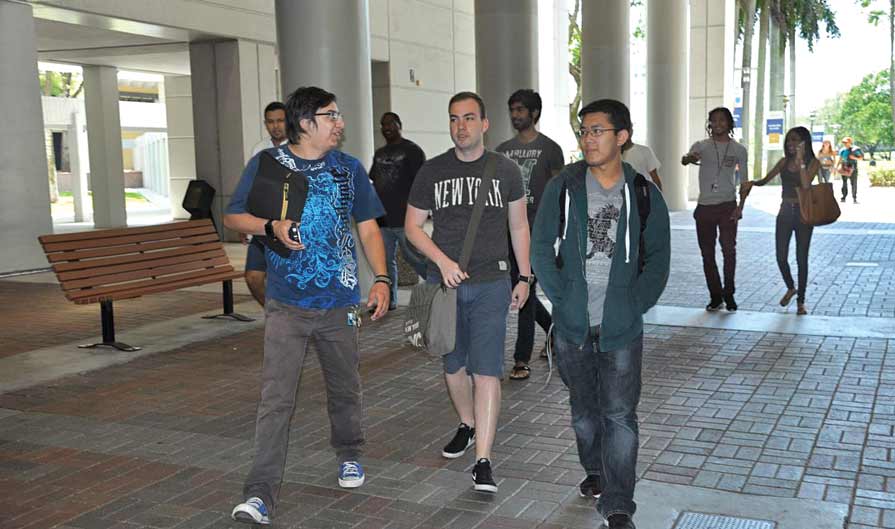 Colleges and universities in Miami-Dade County play a very significant role in the local economy. County officials who did the math discovered the institutes of higher learning contribute billions of dollars each year, both directly and indirectly.

And while the county commissioner who called for the study – Lynda Bell – applauded the findings, she’s quick to say efforts are needed to keep young and talented graduates here.

The directive requested a study on the economic impact of six colleges and universities with a campus in Miami-Dade and others with enrollment of at least 2,000 students. The study includes indirect as well as direct economic impacts in the county, and an analysis of the economic benefits of a workforce that has earned college degrees from two-year programs through master’s, Ph.D.s and professional degrees.

The analysis indicates that the nine largest post-secondary institutions in Miami-Dade directly contributed about $1.5 billion in labor compensation and $420 million in purchases of goods and services related to ongoing operations, while their students spent an estimated $820 million yearly, excluding tuition.

“The operations of these institutions also led to indirect and induced economic impacts, resulting in $4.6 billion in total sales revenues of local business establishments and 55,000 employment positions,” Mayor Gimenez reported.

“The county’s economy benefits from the increase in labor productivity generated by the share of local workers with education at the college and university level,” the mayor said.

The study showed economic contribution of post-secondary degrees in the workforce includes $80.7 billion in total sales revenues of local business establishments, and nearly 450,700 employment positions in the county.

Commissioner Bell, who represents District 8 and is vice chair of the county commission, said the study is very positive but retaining the graduates is vital.

“The mayor’s report details the positive contribution fine colleges and universities provide to our economy. However, we need to ensure that the county encourages individuals to remain in Miami-Dade after they graduate,” Ms. Bell said.

“As the report aptly suggests: We will only realize the full economic benefit of educating our children in a variety of fields and industries if those students stay in the county and participate in our workforce,” she said.

“Working together we can make sure that our community provides an environment that fosters economic growth and employment opportunities that enable students to remain within the county to realize their full potential,” Ms. Bell said.

The study considered the economic impacts created by the operations of each institution, including professional schools such as law and medical schools.

The economic impacts are generated specifically by their direct employment, procurement of local goods and services, and the non-tuition expenditures of their students.

Capital expenditures vary significantly from one year to the next, are not reported in a consistent manner and not reported by all institutions included in the study. The economic impacts from construction of buildings were therefore not included in the analysis for lack of common information across the nine institutions, according to the mayor’s office.