Advertisement
The Newspaper for the Future of Miami
Connect with us:
Front Page » Latest News » 4 major condo towers win OKs

Written by John Charles Robbins on May 28, 2014
Advertisement 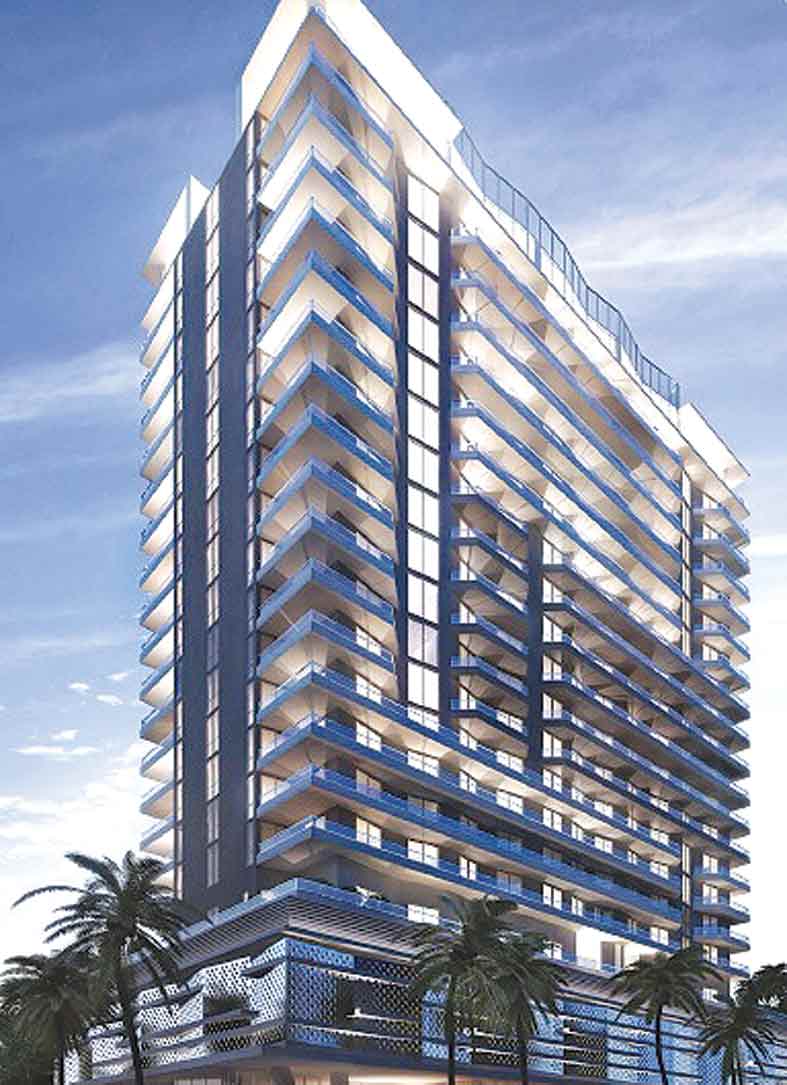 The city’s Urban Development Review Board granted conditional approval to four major projects on May 21, including a residential tower planned behind the Adrienne Arsht Center for the Performing Arts and two towers in booming Brickell.

Last month the board deferred the Melody Tower plan, critical of its plain design and of its stocky profile as designers attempted to squeeze more floor space by going horizontal instead of vertical.

After a prolonged discussion of the project’s girth, the board members were still not in complete harmony with the plan and it seemed headed for denial.

The developer continued to seek waivers for the dimensions of the tower, including an additional 9 feet on each side “for a nicer edge and treatment” and to make room for two-bedroom units.

Board members didn’t feel a hardship was shown allowing for an increase of allowable width.

But a compromise of sorts was reached, and the board approved the project conditioned on a taller and more slender tower. The planning staff said the change may result in one to two additional floors on top of the designed 36 stories.

In April, a few board members said artist’s renderings of the ground level of Melody Tower, including open spaces and landscaping, looked good, but none of the board members present liked the tower’s overall design.

Others were critical in April. The close proximity to the grandiose dual structures of the arts center had a bearing on the review board’s view of the proposal.

“It doesn’t respect the location,” said board member and architect Neil Hall then.

Since last month’s meeting, the developer made concessions on the lower level as requested by the board, but the tower’s overall look remained the same.

“We’ve made these comments before,” said board member Anthony Tzamtzis. “Nothing has changed.”

“I see improvements of the façade but it’s sort of a surface treatment. The bulk of the building is the same,” said Mr. Tzamtzis. “I still don’t understand what justifies all these waivers.”

Mr. Hall said he saw several improvements to the plan since last month, and commended the developer.

Attorney Iris Escarrá, representing the developer, argued on behalf of Melo Group to get an approval for the project. She noted again that the developer could have built two towers 60 feet apart but felt that was too massive a presence and opted for one tower.

A main goal of the development is to activate the street-level uses and complement the arts center, the developers say.

“I cannot endorse this application,” said architect and board member Willy Bermello. “…10% extra floor plate, that to me is too big to overlook.” To allow an increase to the bulk of a building without cause, or without a contribution by the developer of public park improvements would set a bad precedent, Mr. Bermello said.

Mr. Bermello said he was prepared to vote “no” on an approval for Melody until the motion was made to approve the tower without the extra-wide floors.

Mr. Bermello advised the architects to “keep it slender, as opposed to lower and fatter.”

“We don’t want you to lose it – just go vertical,” said Board Chairman Robert Behar.

The conditional approval also requires the developer to work with staff to improve the aesthetics of an entry wall on Northeast 14th Street.

The other projects gaining conditional board approval included:

•1010 Brickell, planned for 1010 Brickell Ave., a proposed mixed-use development rising 47 stories and including 387 residential units, ground level retail uses, and a parking garage. The building would be constructed on a small site and designed around an existing office condo, said Ryan Baline, an attorney representing the developer. It is being marketed to young professionals with children. The site is adjacent to the Metromover, and initial designs incorporate a transit station. Architect Charles Seiger said plans call for dressing up the 10th Street station as well, including a wall with LEDs that move as the Metromover moves. The building would include a gym and game rooms.

“This is a serious attempt to bring young families into the urban core,” Mr. Seiger said.

•One Paraiso, planned for 3131 NE Seventh Ave. The project calls for 276 residential units and is part of an overall project that could include four or more towers. The 53-story tower, designed by Arquitectonica, is marked by large spheres or half-circles. One Paraiso is part of the Paraiso Bay project, which is to include a waterfront park. The site plan shows how Paraiso Bay extends the baywalk in that area along Biscayne Bay.