Advertisement
The Newspaper for the Future of Miami
Connect with us:
Front Page » Government » Mayor’s big plans for seaport land

Written by Scott Blake on May 21, 2014
Advertisement 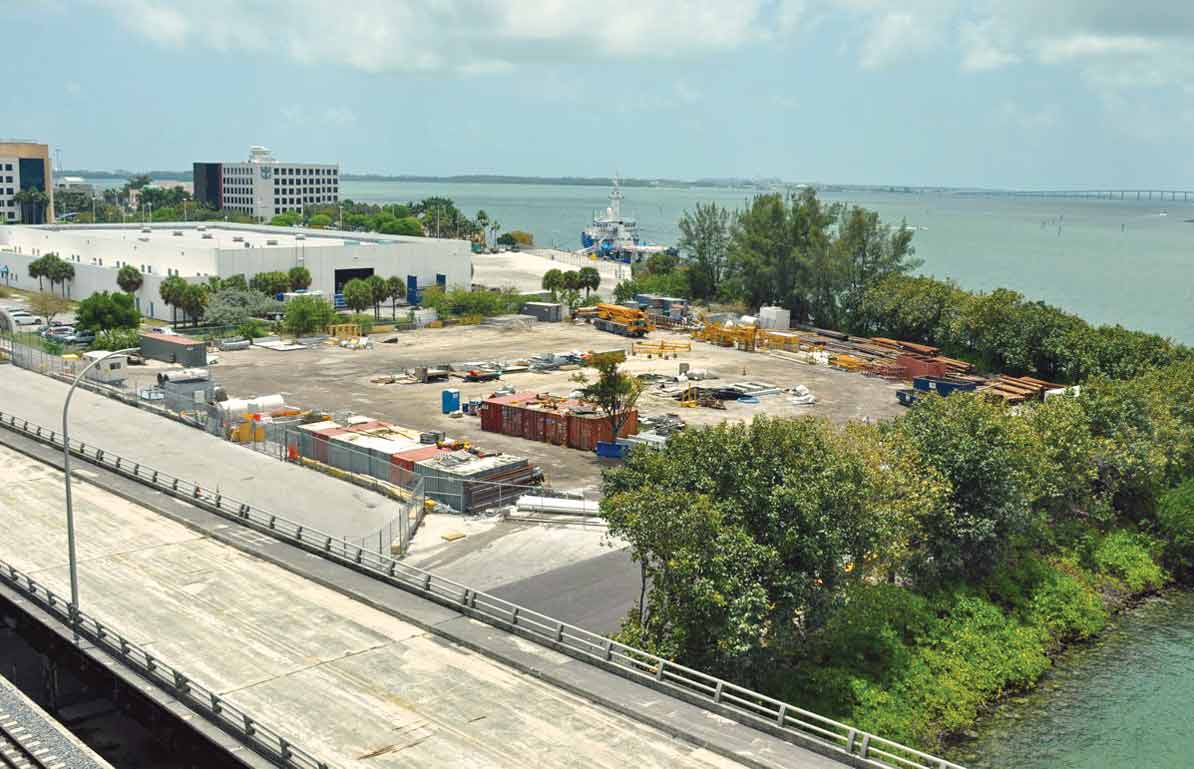 With a soccer stadium at PortMiami apparently no longer an option, Miami-Dade Mayor Carlos Gimenez says he’ll come back with a new plan for the seaport’s under-used but highly valuable southwest corner.

Mr. Gimenez and his staff had been in talks with celebrity David Beckham’s group about bringing a professional soccer stadium and franchise to the county-owned port. However, county commissioners put an end to that Tuesday, voting to eliminate the port from the discussion of where the stadium should be built.

Instead, the mayor – who negotiates on the county’s behalf on such matters – will pursue a proposal, along with Miami city officials, for the Beckham group to build the stadium downtown off Biscayne Boulevard by filling in a deepwater boat slip on Biscayne Bay.

However, Mr. Gimenez – who at times appeared perturbed by commissioners’ rebuke of the port stadium idea – said he still has something in mind for the port site but wouldn’t say exactly what.

“It’s one of the most valuable properties left in Miami,” he said at Tuesday’s commission meeting. “I have some ideas that I’d rather let be right now and not put it out there.”

The mayor took issue with comparisons of his discussions on the soccer stadium to the county’s previous deal to build Marlins Park in Little Havana for Major League Baseball’s Miami Marlins.

Mr. Gimenez said he and Miami Mayor Tomás Regalado met with the Beckham group Monday and decided the boat slip site should be the first option for the stadium, given the opposition to the port site.

He said the boat slip plan would involve a land swap between the county and the city, and voters also would be asked to approve it. The Beckham Group, he added, would pay to fill in the boat slip and construct the stadium.

Meanwhile, the mayor theorized that the plan for the southwest corner of the port could involve “some kind of mix of uses” – including “commercial spaces” maybe tied to the port in some way. However, he said a port-related use in a strict sense seems to be out, since the waters around the site are not deep enough to accommodate cruise or cargo vessels.

And he said using the site to store cargo containers wouldn’t make sense with the port’s plan to ship containers west of the city via the reactivated freight rail line into the port.

“I will be coming to you very soon,” he told commissioners, “to make those 36 acres there [at the port] much more productive than it is today.”

Whatever is developed on the site, he added, should not compete with nearby businesses downtown, referring to the Downtown Development Authority’s position on the issue.

Still, the mayor suggested, the site should be developed to a greater degree than it is now to increase the seaport’s revenue to cover expenses such as bond debt or to lower costs for cruise and cargo users to encourage more business.

Commission Chairwoman Rebeca Sosa said the port should be used only for things that are “port-related” – and soccer isn’t one of them.

“We want Mr. Beckham to invest in our community,” she said, “but we want to make sure it is in the right place.”

Representatives of the Miami Seaport Alliance expressed similar sentiments. The group is spearheaded by a former Royal Caribbean Cruises executive. Royal Caribbean’s headquarters is near the proposed soccer site on the port.

The alliance also is supported by mayors representing a number of municipalities in the county. The president of the Latin American Business Association also spoke out against a port stadium at Tuesday’s meeting.

Commissioner Bruno Barreiro said he would like the soccer stadium built near Marlins Park at the former site of the Orange Bowl, creating a “sports complex” that someday could be accessible via mass transit.

“It’s the path of least resistance,” he said.

One Response to Mayor’s big plans for seaport land