Advertisement
The Newspaper for the Future of Miami
Connect with us:
Front Page » Transportation » Homestead truck bypass rolling

Written by John Charles Robbins on May 21, 2014
Advertisement 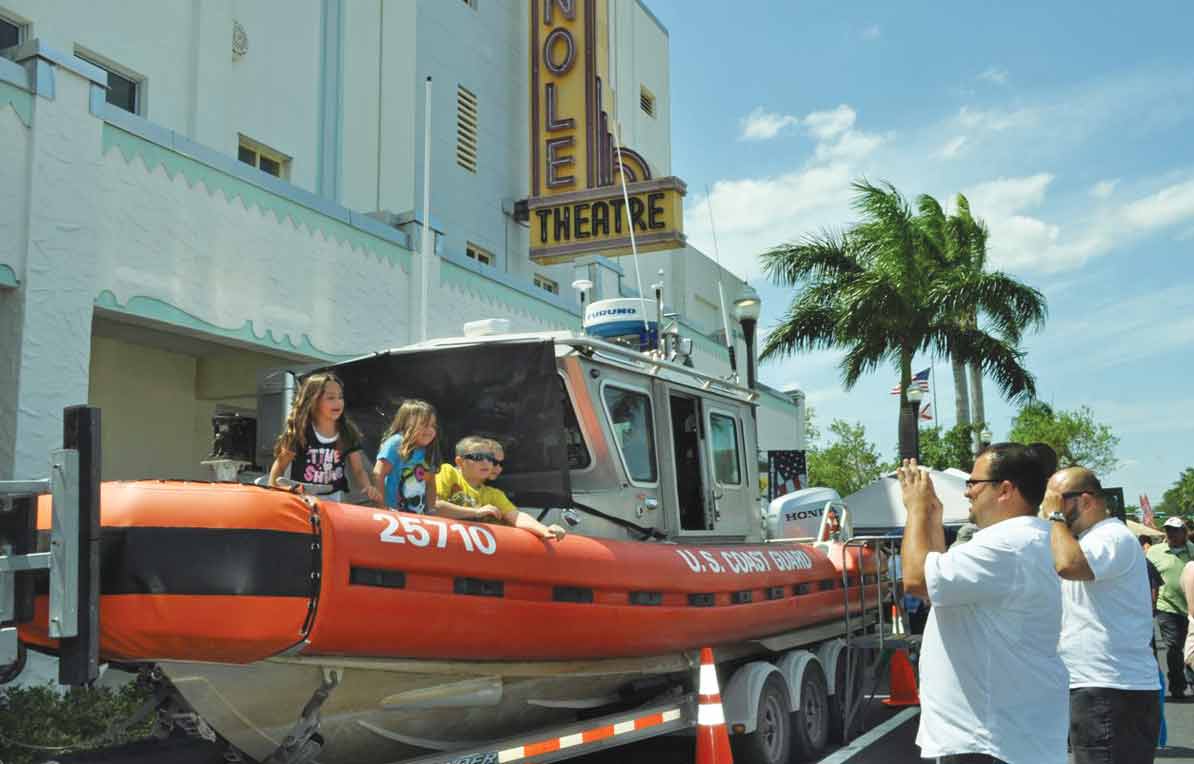 A major transportation project designed to relieve congestion in the Homestead area is slowly rumbling forward and into a planning and study phase, according to the Florida Department of Transportation.

After public meetings and much planning, local and state officials in 2013 chose one route from among a dozen possible alternatives.

A transportation department estimate says it could cost about $26 million for right-of-way costs, plus about $27.2 million in construction, for a total estimated price tag of $53.2 million.

No definitive timeline has been established for the project, according to Brian R. Rick, spokesperson for the transportation department.

The project has now moved into the project development and environment study phase, he said.

The project aims to provide a by-pass to redirect trucks from the Homestead Historic Downtown District, to enhance truck movement and cut congestion. The by-pass would also relieve congestion along the Krome Avenue (State Road 997) corridor within Homestead. The corridor improvement would enhance safety, emergency access and hurricane evacuation, the state agency said.

A March report from Jeff V. Easley, project manager and engineer, said complementary local projects that are in progress have been considered in developing recommendations.

“The consideration of these issues… assures that FDOT has identified the most cost-feasible, constructible improvements in the final recommendations,” he wrote.

In addition to preserving both local and state interests, the process satisfies National Environmental Policy Act procedures, which are a prerequisite for receiving Federal Highway Administration funding, Mr. Easley wrote.

The recommended by-pass alternative involves rerouting trucks on Krome Avenue to Campbell Drive east to US 1 and then US 1 south. Trucks could access the Farmers’ Market from Davis Parkway or Palm Drive.

Recommended improvements include milling and resurfacing Krome Avenue and eliminating on-street parking in order to reconfigure the typical section from one lane in each direction to two each way, separated by a 10-foot painted median between Campbell Drive and Avocado Drive, and reconstructing and widening Campbell Drive between Krome and US 1 to provide two 12-foot lanes each way separated by a raised median.

The state categorizes Krome as a north-south “rural/ suburban/ urban principal arterial” that intersects and provides access to US 1 to the south, Tamiami Trail in west central Miami-Dade and Okeechobee Road to the north.

These routes are considered part of the main freight activity in south and west Miami-Dade. Within the study area, trucks make up almost 15% of  Krome’s traffic. Krome connects residential areas in Florida City and Homestead to employment and agricultural centers along the route.

In addition, Krome is an important truck route for produce shipped from south Miami-Dade.

The Florida City State Farmers’ Market, which is a major generator of truck traffic in the region, is on Krome Avenue just south of Southwest 336th Street. For these reasons, Krome is considered a regional connector.

In 2007, Krome between Flagler Avenue and NE/NW Fourth Street was designated part of the Homestead Historic Downtown District by the National Register of Historic Places.

This designation, along with the city’s desire to revitalize downtown to a more pedestrian-friendly environment, is the primary impetus for the project, said the transportation department.