Advertisement
The Newspaper for the Future of Miami
Connect with us:
Front Page » Real Estate » Mega-tower 3 pilings from ‘Go’

Written by John Charles Robbins on May 14, 2014
Advertisement 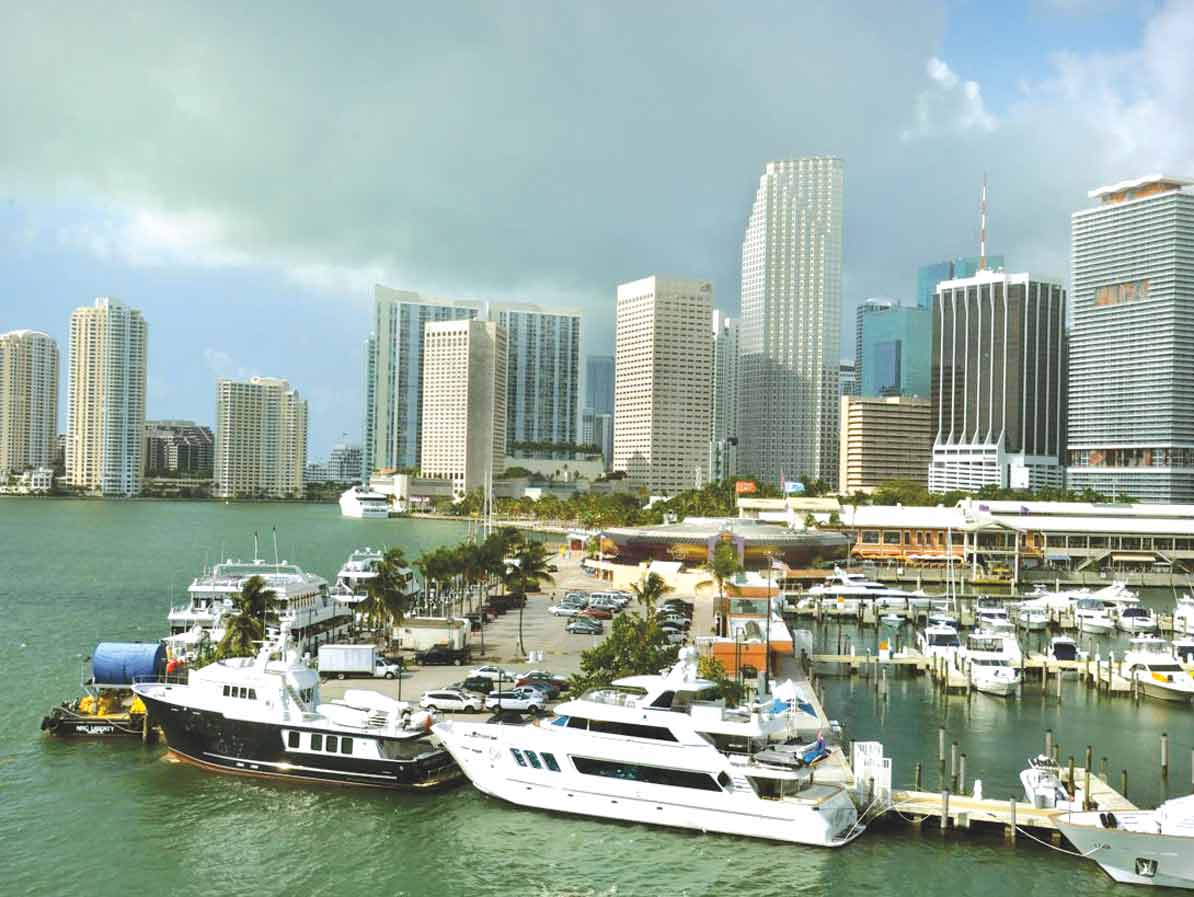 The placement of three pilings at the edge of a waterfront parking lot in downtown Miami will represent the official start of construction of a $430 million observation tower.

And after an affirmative vote May 8, developer Jeff Berkowitz can have that work commence, the first step toward construction of a 1,000-foot-tall playground called SkyRise Miami.

Mr. Berkowitz was asking for approval to begin preliminary work now so he can maintain height approval from the Federal Aviation Administration, which expires June 12 unless work has commenced.

In support of his request, Mr. Berkowitz spoke of the “enormous economic impact” anticipated by his venture, including approximately 7,000 jobs during construction, and creating 17,000 jobs county-wide once SkyRise Miami is in operation.

SkyRise Miami will be a type of vertical adventure park with observation decks, nightclubs, a flight simulator ride and a bungee jump-like platform.

The planned glass and steel tower looks like a capital “R” as it slopes back toward the area of the Hard Rock Cafe. The tower is to be built on land that today is the parking lot for Hard Rock.

Mr. Berkowitz plans to sublease about 2 acres from Bayside Marketplace, which leases that section of waterfront land from the city.

The question of whether to allow that use on city property is expected to be put to a vote of city residents.

The resolution approved last week authorized the city manager to execute an agreement among the city, Bayside Marketplace LLC and SkyRise Miami LLC.

The agreement will allow SkyRise to apply for permits on the current Bayside prime leased premises “to commence limited work on the foundation; however, no vertical construction shall be allowed until an amendment to the Bayside lease is approved by the Miami City Commission and the city’s electorate by way of a public referendum.”

The referendum could be held Aug. 26 or Nov. 4, the resolution says.

The rush to begin construction before the matter is put to the voters troubled a couple of residents who spoke May 8.

Nathan Kurland said to allow work to begin before a public vote “sets an awful precedent.”

He asked if the pilings could be removed easily if the voters reject the proposal. Mr. Jett also asked the developer not to “start building as if the vote is already in the bag.”

Commissioner Francis Suarez referred to Mr. Kurland and said, “I understand the dangerous precedent – I get it.” But he added, “In this particular case it’s justified.”

Commission Chairman Wifredo “Willy” Gort said if the voters don’t OK the use of the city-owned land for SkyRise, it won’t be built.

Without a lease approval for the site, the project is dead, Mr. Berkowitz said. “It’s 100% in the hands of the community,” he said.

Mr. Berkowitz said the tower will cost about $430 million to build. He is seeking $270 million from investors in other counties, via a federal visa program known as EB-5. The rest of the money for the tower will come from private investors, and a substantial amount from his own wallet, he said.

Infrastructure to support the tower would be paid for in part by $2 million in state funds, allocated in the 2014-2015 budget for public transportation improvements.

One Response to Mega-tower 3 pilings from ‘Go’