Advertisement
The Newspaper for the Future of Miami
Connect with us:
Front Page » Business & Finance » Foreigners do 70% of tourist spending

Foreigners do 70% of tourist spending

Written by Nina Lincoff on May 14, 2014
Advertisement 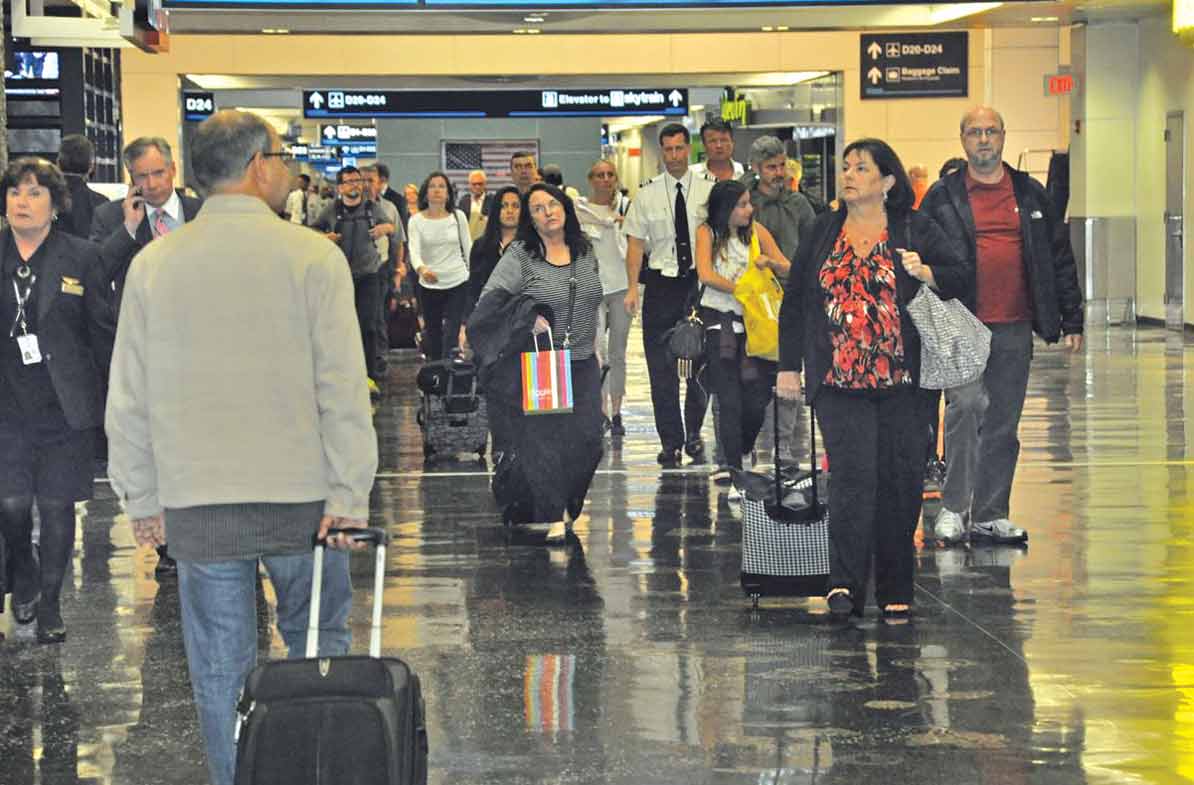 Overwhelmingly, overnight visitors to the Greater Miami area lodge in Miami Beach, followed by downtown Miami and the airport area.

These findings and more on characteristics of visitor stays in Greater Miami in 2013 were presented to hoteliers and those in the tourism industry last week at the Greater Miami Convention & Visitors Bureau’s State of the Industry #SoMiami presentation, hosted at the Bath Club in Miami Beach.

Who came to Greater Miami in 2013, where did they stay and how much did they spend?

The bureau presented data from surveys and studies collected and prepared by the Florida Department of Economic Opportunity, Ipsos and Smith Travel Research to lay out the details.

And how the international market is growing, and fast.

But while the spending by international visitors in 2013 was 70% of the total to the domestic visitors’ 30%, individual domestic feeder markets still generate dollars for the area.

“What do you think is our number one domestic market?” Mr. Talbert asked the crowd. The answer is, resoundingly, New York.

“New York has always been our number one, and that’s a city… Right now we’re on pace to have New York as a $2 billion market for this community. And that’s without a multiplier… it’s direct expenditures,” Mr. Talbert said.

By comparison, the largest international feeder market is Brazil, closing in on being a $2 billion market as well. But Brazil is a country, Mr. Talbert pointed out.

Airport arrivals in 2013 set records in total, international and domestic arrivals, Mr. Talbert said. Greater Miami is one of the most profitable hubs in the world for the convention bureau’s partner American Airlines, he said. By far, overnight visitors get to Miami by air, 96% of arrivals in 2013.

Overnight visitors tend to flock to one of Greater Miami’s best-known assets: the beach. Of overnight visitors, 43.6% lodged in Miami Beach, followed by 18.1% in downtown Miami, 16.5% in the airport area, 10.8% in North Dade/Sunny Isles Beach, and the rest in Coconut Grove, Key Biscayne, Coral Gables, South Miami-Dade and Doral.

In 2013, as is most often the case, visitors tended to travel in pairs – 47.5% of overnight visitors were in a party of two, although parties of three or more increased by 0.7% and parties of one increased 3.2%.

Moving forward, the bureau is looking toward the summer soccer season and is working to funnel World Cup traffic through Miami as spectators make their way to Brazil.