Advertisement
The Newspaper for the Future of Miami
Connect with us:
Front Page » Transportation » Seaport rail to expand again

Written by Scott Blake on May 7, 2014
Advertisement 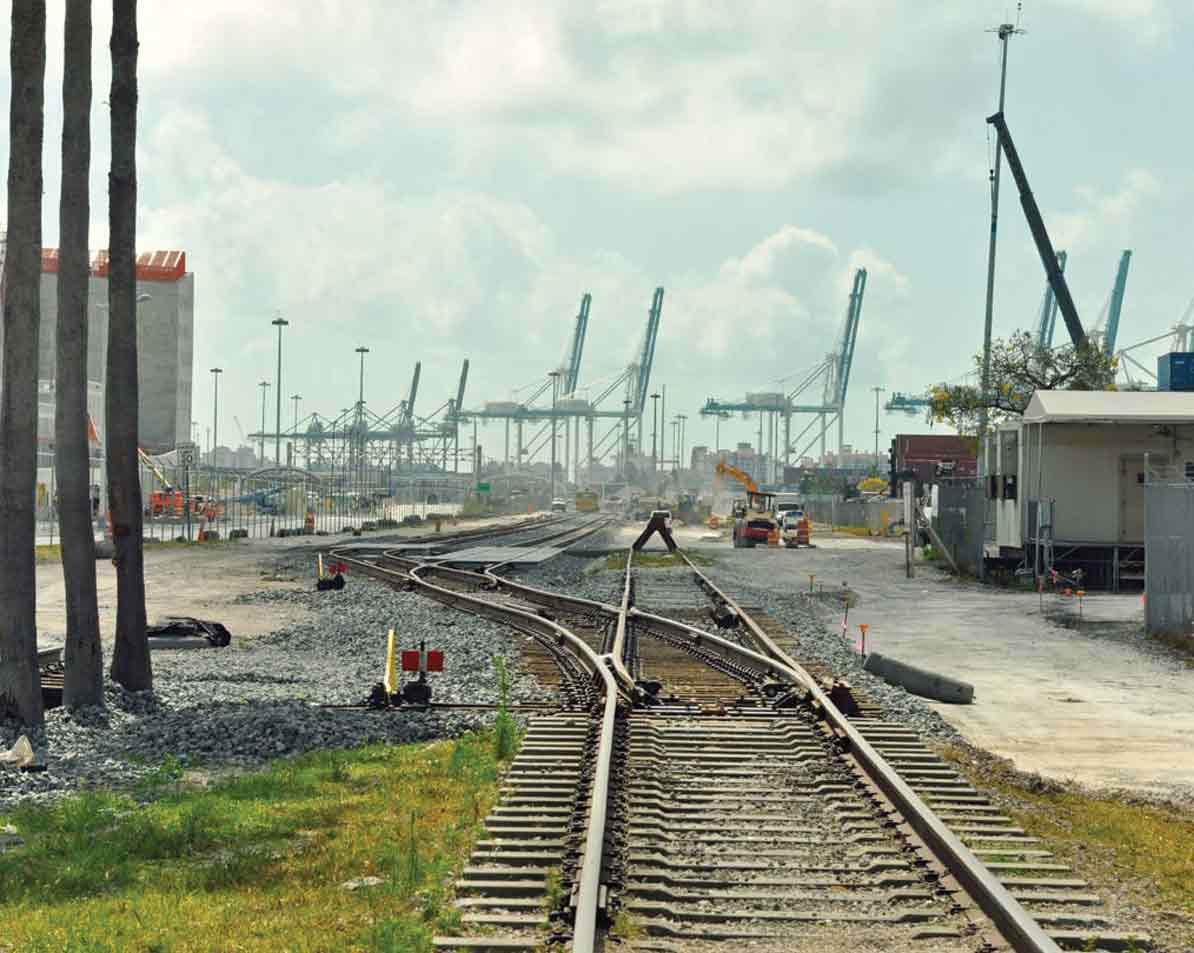 “We’re at double the capacity we were at in February,” Mr. Ledoux said, referring to when only one of the three tracks was linked to the system, which extends west to the company’s Hialeah rail yard and also breaks off north along US 1 and goes up the Florida coast.

By the end of the year, he said, FEC plans to connect all three tracks within the port and extend them to 3,000 feet each, allowing for longer trains to stop inside the port.

Some of the rail work within the port has had to be delayed due to the separate construction of the PortMiami twin tunnel system, which extends from the MacArthur Causeway on Watson Island to inside the port on Dodge Island. The tunnels are expected to open this month.

Currently, the seaport tracks are being used an average of two or three times a week, Mr. Ledoux said, but that should increase after FEC completes a couple of pending user agreements.

One agreement would be with a shipping company that would reroute into PortMiami, expected to start in June. Mr. Ledoux decline to discuss details until the deal is completed, but said it probably would be for transporting “general merchandise” for sale by large retail chains like Wal-Mart or Target.

The shipping company, he said, would prioritize PortMiami on its route, bringing goods into Miami by ship and transporting them north on FEC’s rail line up the state’s East Coast. Currently, the shipper stops at seaports to the north and trucks goods down to South Florida, he added.

Within the next month or so, FEC also expects to have another agreement to move goods along the port’s rail line that are now moved by truck.

Since reactivating the PortMiami rail last fall, the line has been used to transport furniture for the Rooms To Go retail chain, as well as auto parts.

In addition, the FEC is aware of a proposal by Lowell Dunn Co. in Hialeah Gardens to use the seaport rail to ship containers to the Dunn family’s property in Medley that would be developed into an inland cargo yard.

Mr. Ledoux said the proposal, which is still in the preliminary stage, would not interfere with FEC’s plan to use the seaport rail to store goods going to and from PortMiami at its Hialeah rail yard.

“Frankly,” he said, “we wouldn’t want a lot of that stuff in our yard because it would be full.”

The FEC’s tracks already extend northwest from the Hialeah yard to the Dunn property in Medley, and FEC would be compensated for the use of its locomotives and trains to the Dunn site.

Meanwhile, Mr. Ledoux said, FEC is supporting the seaport’s application for a federal transportation grant to buy electric gantry cranes for the dockside site where containers are unloaded from ships and placed onto freight trains on the FEC’s tracks inside the port.

The electric cranes, he added, would be able to load and unload containers faster than the current cranes there.

Prior to the reopening of the rail line, PortMiami had not had on-dock rail service since 2006, leaving freight trucks as the sole mode of cargo transportation in and out of the seaport.

When the tracks inside the port are extended to 3,000 feet, it will create enough length to have 50 train cars linked to each other. With containers double-stacked on each car, that would take 100 trucks off the roads for each shipment, Mr. Ledoux said.

For Jacksonville-based FEC, reopening the seaport rail has been a $53 million project that has included improving its tracks into downtown Miami along US 1 and renovating the rail bridge into the port, as well as the track and dockside work inside the port.