Advertisement
The Newspaper for the Future of Miami
Connect with us:
Front Page » Business & Finance » Pharmaceutical firms flock to Miami 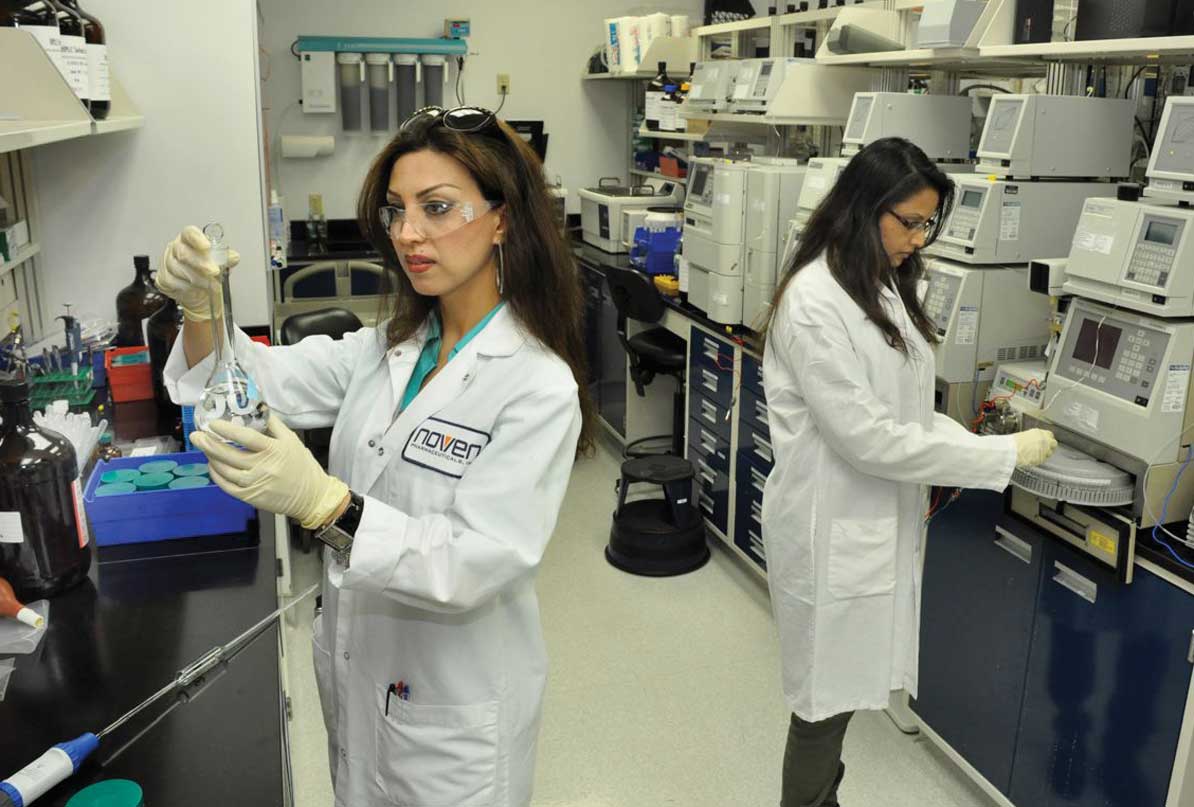 More pharmaceutical companies are finding a home in Greater Miami.

There are scores of firms in the area, although it may not be so noticeable because they aren’t clustered into a single area.

Some are local operations of pharmaceutical giants such as New Jersey-based Merck & Co., which operates a manufacturing and packaging plant in Miami Lakes.

Some are mid-size firms such as Noven Pharmaceuticals, which makes patches that deliver drugs through the skin from its headquarters south of Miami.

And some are newcomers to the area, such as ProSolus Pharmaceuticals, another maker of transdermal patches that relocated to the downtown Miami area from the Philadelphia area in 2011.

Teva Pharmaceuticals, a leading maker of generic drugs; Opko Health, a pharmaceutical and diagnostic company; and Advanced Pharma, a clinical research facility; are among other multinational, national and local companies with facilities in Miami-Dade.

And still others are small firms that sort of exist between the industry’s cracks, specializing in less technical fields as health, wellness and beauty products.

Local economic development officials have welcomed more pharmaceutical firms to the area – helping them find locations and providing other services, and sometimes helping them qualify for tax breaks and other incentives in exchange for creating certain numbers of jobs and making capital investments.

The Beacon Council puts a high value on pharmaceutical firms, Mr. Donath said, because they create relatively high-paying jobs filled by high-skilled workers, which is generally good for the local economy.

He said the presence of local schools such as the University of Miami and Florida International University has provided the academic expertise, research facilities and educated workforce that can serve as a local catalyst for the medical and pharmaceutical fields.

Noven, for example, employs about 400 people at three buildings on its 15-acre campus on Southwest 144th Street west of Cutler Bay, where it has manufacturing, research labs and corporate offices. The company also has a location in New York City.

The company was founded here in 1987 by Steven Sablotsky. The next year, Noven became a public company. Today, the company is led by President and CEO Jeffrey Eisenberg.

“Some of the things that have kept us here are Steven’s roots and his contacts and relationships here,” Mr. Jones said about the company’s founder.

In 2010, BD BioSciences opened a manufacturing facility, investing more than $59 million to commission the new location, including more than $20 million to renovate the former Ivax Pharmaceuticals building in North Miami.

To date, according to BD spokesman Ed Cook, the company has created 30 jobs in the Miami area with “significant growth and expansion anticipated in the coming years.”

He called the company’s 100,000-square-foot local manufacturing facility “the industry’s first fully-dedicated, stand-alone ‘animal free’ and ‘antibiotic free’ facility for producing high-quality cell culture media and supplements that are used in the production of vaccines and biopharmaceuticals.”

In 2011, BD received the Life Sciences Award from the Beacon Council. The award recognizes people, businesses and organizations for their significant contributions to the area’s economy.

One Response to Pharmaceutical firms flock to Miami