Advertisement
The Newspaper for the Future of Miami
Connect with us:
Front Page » Government » Water, sewer rate hikes cascade 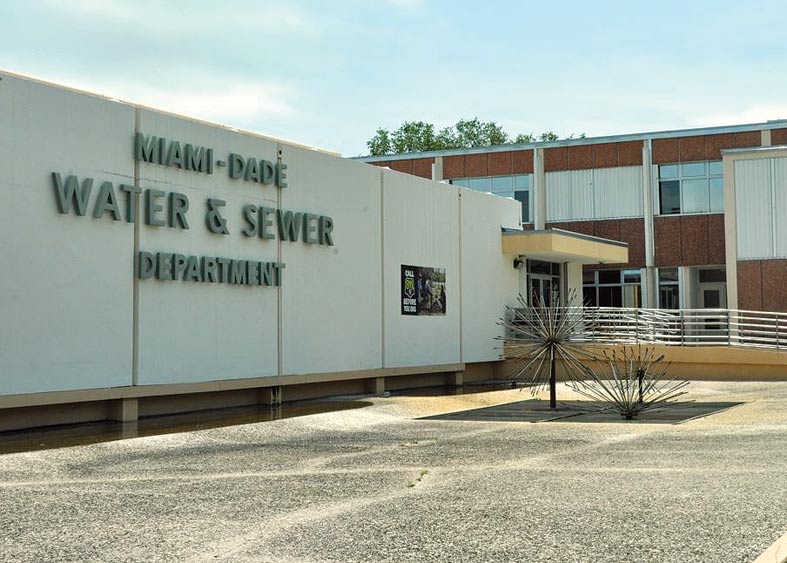 Miami-Dade County has started a series of water and sewer rate hikes to pay for $12.6 billion in proposed improvements to its water and wastewater systems, including a $3 billion project to drastically reduce the amount of treated sewage the county discharges into the Atlantic Ocean by 2025.

The county’s Water and Sewer Department raised rates 8% for the fiscal year that started last October. Annual increases of 6%, 5%, and 5% are planned for the next three fiscal years, department Deputy Director Douglas Yoder told Miami Today.

And there should be more increases in the future – wiping out Miami-Dade’s longtime reputation for low water and sewer rates to raise money to fix an underfunded system that has been rife with unlawful discharges from weak and leaky pipes and system overflows, described by critics as an environmental nightmare.

“Rates will continue to be impacted as we get into the actual construction, which is where you spend money quicker,” Mr. Yoder said.

Miami-Dade’s water and sewer rates have been among the nation’s lowest for many years, according to the department.

Even with the 8% increase that’s already in effect, a customer using 6,750 gallons a month pays a monthly average of $45.39 – up $3.36 from the previous average. That’s still the lowest among the nine major municipal systems in Florida, the department said.

Under federal and state pressure for years to improve its wastewater system, a centerpiece of the department’s capital improvements plan for the next 15 to 20 years is the $3 billion “ocean outfall” project.

The outfall project, Mr. Yoder said, is in response to a state law approved in 2008 that will ban Florida municipalities from flushing treated sewage into the ocean and will require them to reuse 60% of their wastewater by 2025.

The law was eased last year, allowing municipalities to discharge up to 5% of their annual treated sewage flow into the ocean, but only due to “peak flow events” such as storms. It also gave municipalities more ways to meet the 60% reuse threshold.

Most of the cost of Miami-Dade’s outfall project – about $2 billion – will involve building a fourth wastewater treatment plant inland, somewhere near the west end of the county. It will also involve improvements to the county’s existing plants closer to the coast, including adding another layer of filtration and other cleansing steps, Mr. Yoder said.

He said he expects construction for the outfall improvements to start in three to five years.

One pipe goes out from the Central District Wastewater Treatment Plant on Virginia Key in Biscayne Bay near downtown Miami and empties about three miles offshore, and the other pipe goes out from the North District Wastewater Treatment Plant and empties about two miles offshore, Mr. Yoder said.

Before being discharged into the ocean, he said, the sewage entering the plants goes through a “biological treatment system” that removes about 90% of solids. The sewage also is disinfected with chlorine.

The outfall pipes discharge into water about 190 feet deep offshore, where the outflow is swept up in the swift northern Gulf Stream current.

“It’s a high volume of water that’s continuously moving,” he said. “It’s like the equivalent of eight Lake Eries going by the coast every day.”

There’s also the South District Wastewater Treatment Plant south of Cutler Bay, but treated sewage from that plant is not discharged offshore. Instead, he added, it’s discharged about 3,000 feet underground into “the boulder zone” amid the Florida saltwater aquifer.

That doesn’t have affect drinking water, according to Mr. Yoder, because any saltwater from the aquifer that’s used for public consumption requires a high enough level of treatment anyway that other contaminants also are removed.

Meanwhile, the outfall plan calls for greatly increasing the amount of treated sewage that is reclaimed for reuse. A lot of the reuse, he said, will come from an agreement to send treated sewage to Florida Power & Light Co.’s enlarged and renovated Turkey Point nuclear plant for cooling its reactors.