Advertisement
The Newspaper for the Future of Miami
Connect with us:
Front Page » Education » Miami Lighthouse growing 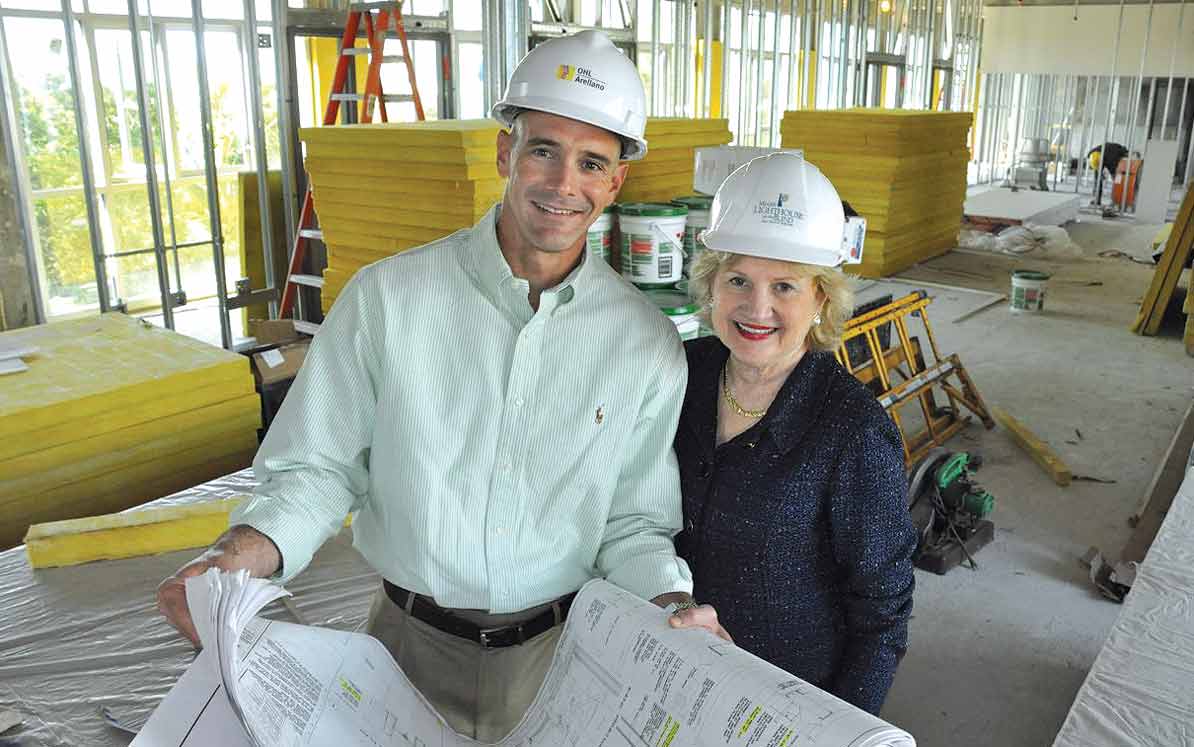 To further help legally blind teenagers and young adults become independent, Miami Lighthouse for the Blind and Visually Impaired is to open a 5,700-square-foot fourth floor by summer’s end.

In the Braille Homeroom, children and teens will read Braille, and an instructor will administer the Braille music distance-learning course, part of the Better Chance Music Production Program, created by Miami Lighthouse.

In the Carmella Witt Technology Laboratory, students will use technology to access information. Tools include the iPhone VoiceOver feature in which the phone speaks what is written on the screen.

The 3,000-square-foot Rev. Marta Sutton Weeks Transition Suite will house three rooms that can merge into one multipurpose facility. One of the rooms will be used for math classes in Nemeth Braille, and another will be equipped with a sound system allowing for music performances or production.

Miami-Dade-based OHL Arellano Construction has provided the about $200,000 general contractor services free, Ms. Jacko said. The company also provided free general contractor services when Miami Lighthouse added a third floor in the mid-2000s and when the facility had its first expansion years before, she said. OHL Arellano’s Chief Financial Officer Agustin R. Arellano Jr. is the organization’s board chairman.

The fourth-floor addition to Miami Lighthouse for the Blind and Visually Impaired, 601 SW Eighth Ave., will bring the facility to nearly 50,000 square feet, Ms. Jacko said. The organization opened in 1931 at a 900-square-foot bungalow. In the 1940s, it served the blind community with chair caning and basket weaving workshops, according to its website.

Since then, the organization has expanded to offer free eye examinations and glasses to eligible children, summer camps, a year-round program that helps teens and young adults become independent and enter the workforce, and programs for legally blind adults.