Advertisement
The Newspaper for the Future of Miami
Connect with us:
Front Page » Top Stories » Flagler railroad motif on track 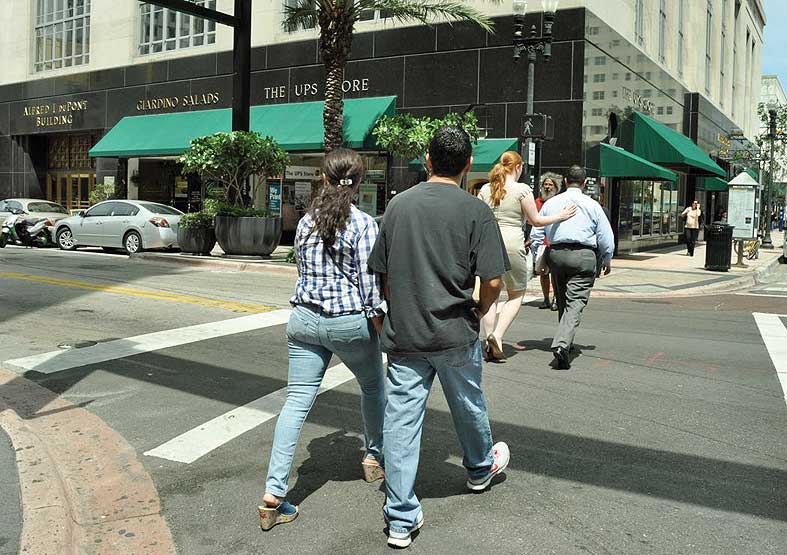 One of Miami’s main roadways, named after railroad tycoon Henry Flagler, is getting a major facelift.

The special tax revenue would be combined with $6 million from city coffers and $6 million from Miami-Dade County to fund a $13 million streetscape project to modernize the street and sidewalks and spur economic development.

The project will mean “an entire re-do of the street, not just a coat of paint,” said Commissioner Marc Sarnoff.

The improvements would include wider sidewalks, to encourage cafes and other uses, he said.

“We want to create a great street,” said Mr. Betancourt, a memorable venue that can be branded, and offer interaction.

The street’s new motif will honor and highlight Mr. Flagler’s feat in pushing his Florida East Coast Railway past Palm Beach and into Miami in 1896, making it possible to incorporate and grow the community by connecting it with the world to the north.

The plan calls for maintaining Flagler as a two-way street, but constructing crossing gates in a railroad style that could be used to block off portions of the street for festivals and special events, Mr. Betancourt said.

Oak trees will be planted along the street for shade, he said, and the work will include fixing drainage issues in the area.

The request for the county government’s share is “making its way through the county now,” Mr. Betancourt told commissioners.

It was a property owner on Flagler who first proposed a special assessment to help pay for the improvements, said Mr. Betancourt, saying it made sense for business owners to “have skin in the game.”

The project will incorporate educational elements as well, offering information about the area’s rich history, he said.

A total of 4,205 linear feet of privately-owned parcels front Flagler. Each will be assessed $237.81 per linear foot. For properties that have multiple owners, like an office or residential condos, the cost for that parcel’s frontage is split evenly among all owners, the resolution spells out.

From the time the county approves matching funds, it is to take about four months to determine a winning bid and for construction to begin.

The project is expected to take 18 to 20 months.

“We’re very excited to see this,” he said.

A December resolution of the development authority approving the streetscape design noted that the 2025 Downtown Miami Master Plan calls for the “Redevelopment of Flagler Street into Miami’s Pedestrian Oriented Main Street.”

After a series of task force sessions and a week-long public open house, consensus was reached last year on the streetscape design.

The authority views the reconstruction of Flagler Street as both a transportation project and critical economic development project that will create jobs and act as a catalyst for further redevelopment.

The project aims to replicate the success of significant historical corridors such as Ocean Drive, Lincoln Road and Miracle Mile in acting as a catalyst for economic development.

One Response to Flagler railroad motif on track