Advertisement
The Newspaper for the Future of Miami
Connect with us:
Front Page » Education » Colleges’ 4-year program under fire 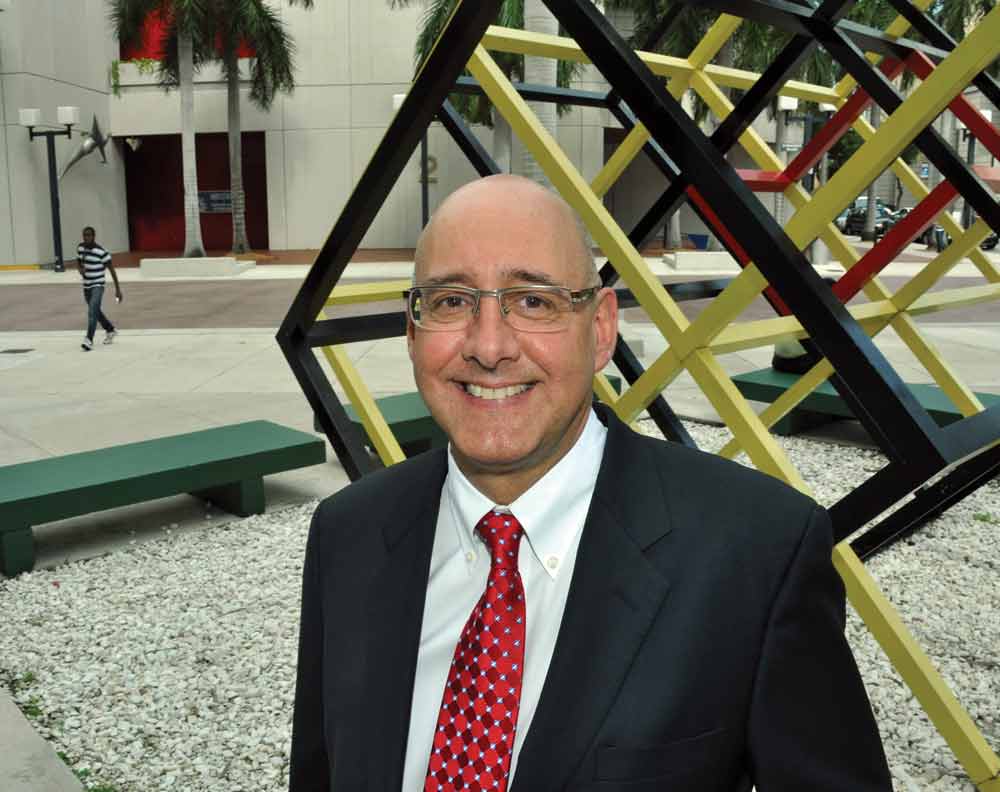 Some Florida legislators are concerned that four-year degree programs at state colleges such as Miami Dade College are overlapping on what universities offer and perhaps funding for it should be cut.

That would be a step in the wrong direction, said Miami Dade College Provost Rolando Montoya.

“I have a perception that is very different from those few senators,” Mr. Montoya said in an interview last week with Miami Today.

“Obviously, we’ll follow whatever legislation” is approved, he added. “But I hope those kind of limitations will not be imposed on us.”

Mr. Negron said there are now 175 four-year programs offered at state colleges – in the past known as community colleges – which are primarily supposed to focus on offering two-year degrees and preparing some students for universities.

He said four-year programs at state colleges may be a duplication that undercuts the state’s goals for higher education.

“And we can’t do that if we have two systems that are overlapping,” he said.

The debate in Tallahassee marks the latest chapter in an ongoing dispute between colleges and universities about whether the state has been too quick to grant four-year programs to state colleges. The colleges are only supposed to offer four-year degrees that cater to local workforce needs.

Miami Dade College’s four-year programs do just that, according to Mr. Montoya.

Miami Dade College has never been turned down by the Florida Department of Education in its applications to start four-year programs, he said, and the vast majority of such requests by other state colleges also have been approved.

Nevertheless, he said, Miami Dade College’s four-year programs are needed by students – often working people with relatively low incomes – and those programs are tailored to prepare students for certain occupations that have a local need for workers.

“We have to demonstrate there is a need for this kind” of bachelor’s degree in the community, he said.

State colleges also must provide the state with annual reports on their four-year programs, detailing enrollment, graduation rates and other matters, he added.

Mr. Negron pointed out that the money is just a fraction of the nearly $1.2 billion in funding for state colleges, which, under current proposals, still would see an overall increase when other spending is factored in.

Virtually half of Miami Dade College’s $350 million annual operations budget is funded by state money, while virtually the other half comes from student tuition and fees. The college also receives grants and donations, but those make up just a tiny part of revenues, Mr. Montoya said.

He said he believes Miami Dade College was the second state college in Florida to offer four-year programs, and today the local college has 16 such programs with a total enrollment of 4,350 students. Still, that’s just a small percentage of Miami Dade College’s total student population – many more students are enrolled in two-year degree programs and courses that aren’t credited for degrees.

“Obviously,” he added, “we haven’t abandoned our [original] mission.”

The latter two programs, Mr. Montoya said, were developed in cooperation with the One Community, One Goal program spearheaded by the Miami-Dade Beacon Council, a private-public economic development partnership with the goal of growing industry and creating jobs. One Community One Goal identified several job sectors deemed to have the most potential for local growth.

Miami Dade College has more than 170,000 students spread among eight campuses, as well as those enrolled in online courses. Many study part time, and courses are offered days, nights and on weekends to suit their schedules.

Only about half are enrolled in college-credit courses, while the other half takes non-credit classes to get training or certificates for certain jobs, activities, life skills or just leisure.

About such students, Mr. Montoya said: “They may be here to get computer skills or a real estate license or to learn how to swim or to learn karate.”