Advertisement
The Newspaper for the Future of Miami
Connect with us:
Front Page » Healthcare » Doctors fight expanding non-MD roles 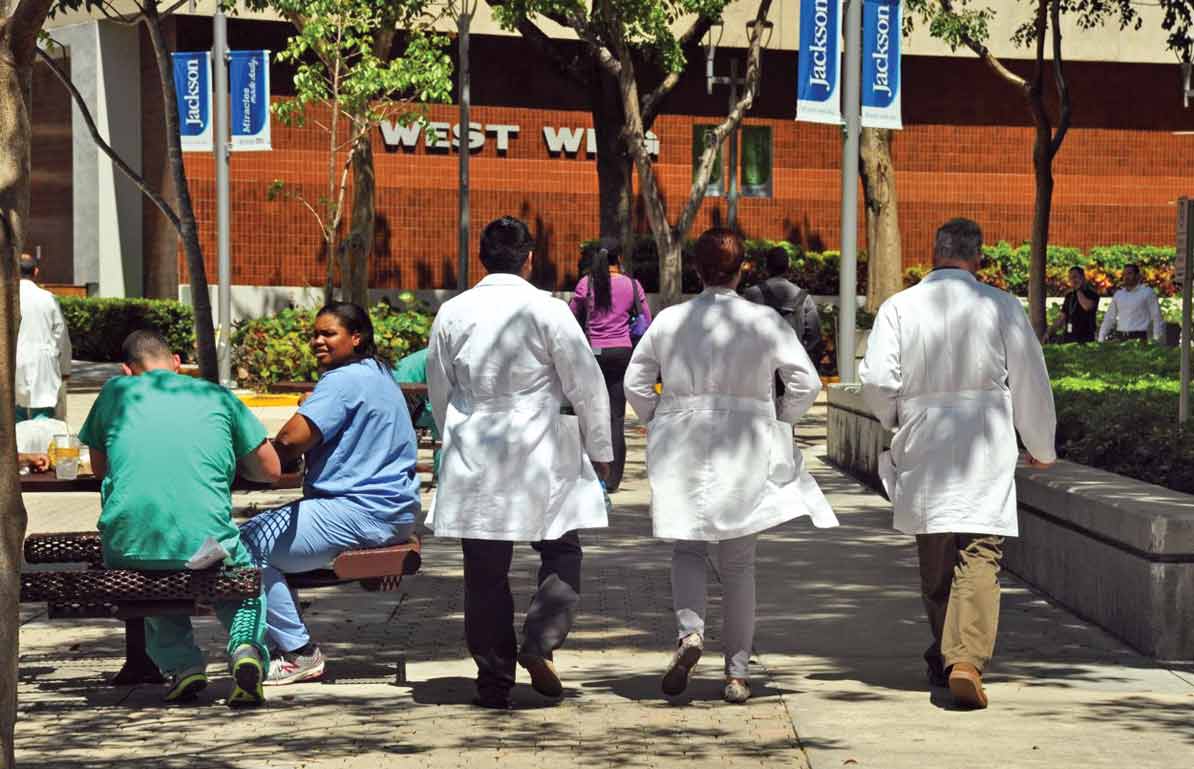 Doctors, nurses and physician assistants often work together, yet they’re not always on the same team when it comes to legislation.

That’s currently the case with bills before the Florida Legislature that would give nurses greater powers and give physician assistants greater numbers.

The Florida Medical Association, or FMA, which represents some 20,000 physicians, is opposing all three measures – although it seems willing to compromise on the physician assistant issue.

“In my personal opinion,” she said, the opposition “may have something to do with status.”

“The FMA opposes nurses’ efforts to practice independently and prescribe narcotics because it is dangerous for patients,” FMA General Counsel Jeff Scott said in a statement. “There is no evidence that such broad-based expansion will reduce costs to the healthcare system.

“While the FMA values physician extenders and the important role they play in the healthcare team,” Mr. Scott added, “allowing them to practice independently and prescribe narcotics is unnecessary and unsafe.”

On the issue of allowing nurse practitioners to run independent practices, Florida Nurses Association lobbyist Alisa Lapolt said: “I think it [the opposition] comes down to money, quite frankly. There are 19 million people in Florida and, for some reason, physicians think they should corner the market.”

On the bill to allow nurse practitioners to prescribe controlled substances such as painkillers, psychotropic drugs and testosterone, she said: “Their argument is that nurses aren’t educated enough to prescribe them.

“Our reply,” she added, “ is we are [educated enough] and prescribing medications is part of the curriculum for nurse practitioners, who can prescribe everything else, including medications that can be dangerous, like those for controlling blood pressure.”

Nurse practitioners, according to Ms. Fuller, are permitted to prescribe controlled substances in every state but Florida.

She said the nurses association is pushing the bills primarily because it would make medical care more accessible to patients. Currently, she added, nurse practitioners can open private practices in Florida but they must collaborate with or be supervised by physicians, whom nurses pay or contract for their assistance.

Meanwhile, there hasn’t been significant opposition from the FMA on the bill to double the number of physician assistants permitted to work under a doctor in Florida from four to eight, said Dayne Alonso, legislative chair for the Florida Academy of Physician Assistants, which is supporting the bill.

However, she added, smaller groups representing physicians of certain specialties have taken positions against it.

Ms. VanSickle of the FMA explained that her group is “currently opposed to the [physician assistants] bill, but we are working with them to see if there is an acceptable solution.”

Academy board member Jeff Hulley said the bill has passed a House committee and is waiting to be heard by a Senate committee.

He said physician assistants often can spend more time with patients and explain more to them because they generally have more time than physicians. As such, he added, the bill would help counter a shortage of primary care physicians.

“There also are three or four other things they only can do under the direct supervision of a doctor,” he added. “Doctors can delegate almost anything in their practice [to a physician assistant] that they feel comfortable with.”

However, the FMA has reservations about the bill.

“We know that the projected shortage of doctors and nurses is a very real concern to every Floridian,” Mr. Scott said, “and we will continue our work to expand patients’ access to care in a way that is safe and affordable for patients.”