Advertisement
The Newspaper for the Future of Miami
Connect with us:
Front Page » Transportation » DecoBike coasts toward Miami 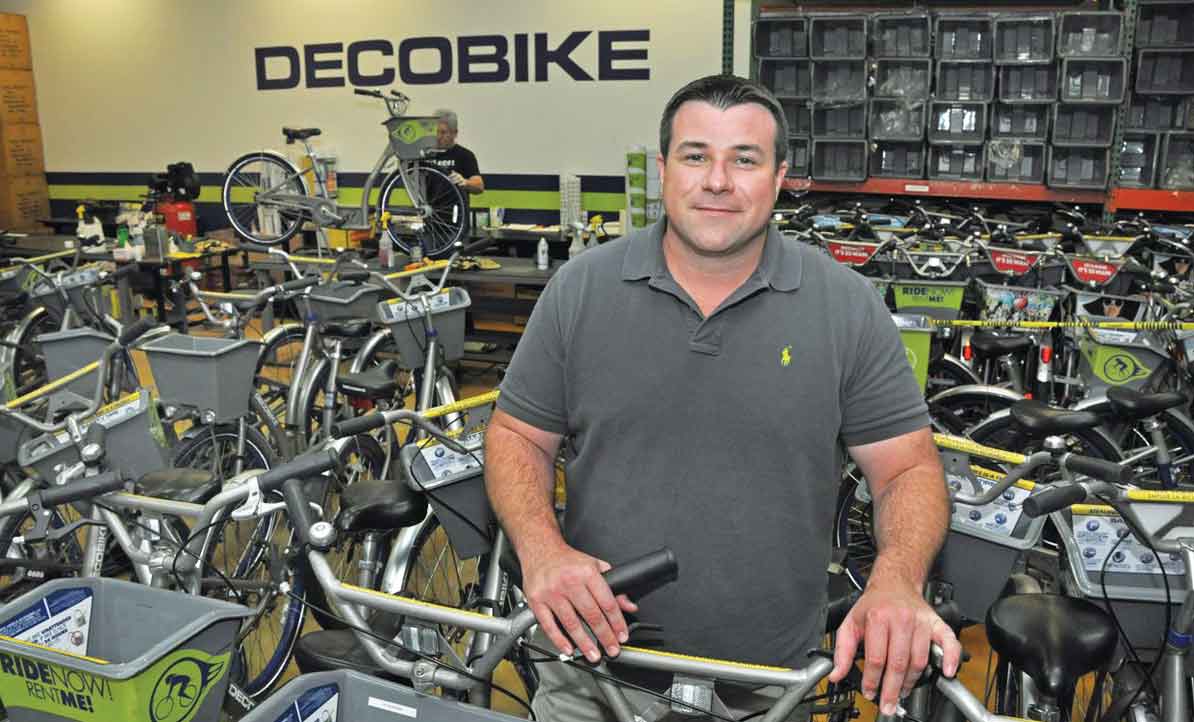 Miami has the advantage of a successful car sharing program, to get people to and fro quickly, efficiently and without the added burdens of car ownership.

A similar program for those who prefer two wheels over four is in the works for the city, with a possible launch of a bike sharing program this summer.

DecoBike LLC has seen success with its bike sharing program in Miami Beach, where it has a fleet of 100 stations and about 1,000 of the distinctive blue-and-green bikes.

The program to bring the service to Miami is now in the permitting phase, said Colby Reese, a representative of DecoBike.

The company is taking a little more time than anticipated, he said, because it hopes to launch a system on a larger scale than first planned.

“It originally was going to be approximately 50 stations and 500 bikes, but we continued to identify more locations that were appropriate to provide better coverage and connectivity around the City of Miami,” said Mr. Reese.

Currently, the program scope has expanded to about 70 stations and 700 bikes pending final approvals, he said.

An estimated launch date is still pending, but the company is shooting for mid to late summer.

And for the mainland bike sharing program, DecoBike plans brand new bicycles and says it will install even more high-tech stations.

DecoBike arrived in Miami Beach in March 2011 and since has exceeded 3 million rides.

Unlike other bike-share programs, DecoBike is privately funded; the program operates at no cost to Miami-area taxpayers.

The model for bike-share programs is relatively simple: offer riders the option of a daily, monthly or annual membership for access to bicycles docked around the city at public stations. Riders then un-dock a bicycle and have 30 minutes to ride wherever they wish, with extra fees added for extended rides.

To return a bike, all a rider has to do it re-dock it at any station. Maintenance and rebalancing of bicycle availability around the community is handled by the company itself.

The demand for a service expansion is evident. The company is aware of people riding DecoBikes over into downtown Miami and the Wynwood area on the mainland.

Soon, instead of having to bike across Biscayne Bay from Miami Beach and back again to return bicycles, riders should be able to dock bikes downtown.

One Response to DecoBike coasts toward Miami