Advertisement
The Newspaper for the Future of Miami
Connect with us:
Front Page » Latest News » Transit tax path still debated 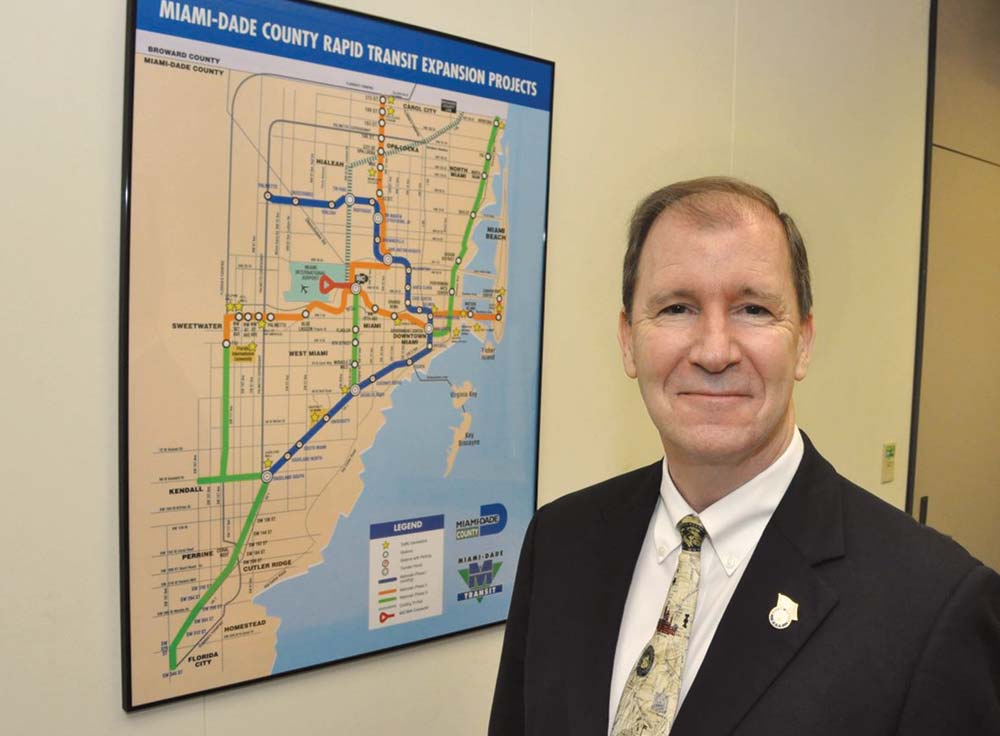 Miami-Dade County officials are still coming to grips with the shortfalls of the People’s Transportation Plan more than 11 years after voters approved the initiative.

At a meeting last week of the county’s Transportation and Aviation Committee, officials lamented unfulfilled promises of new mass transit services that the program was supposed to fund through a half-penny sales tax increase.

“You’re right,” answered Miami-Dade Transit Director Ysela Llort. “We’ve got to roll back the record on this one.”

“We over-promised,” added Commissioner Dennis Moss, the committee’s chairman. “We ‘fessed up’ to that… We have to be realistic about what we can do.”

Somewhat a sore spot for county government, the committee dredged up the program’s shortcomings during a presentation on the program titled “10 years of Progress” by Charles Scurr, executive director of the Citizens Independent Transportation Trust.

The trust was created to ensure that money from the surtax would be used as promised, but, as created by county commissioners, the trust lacked enough power to safeguard the money. As a result, program dollars were used to fund existing Miami-Dade Transit programs at the expense of the new programs, which were to include multiple extensions of the Metrorail system.

Critics have contended the county knew from the beginning that the promises made during the campaign leading up to the 2002 tax vote could not be kept. In 2009, mounting criticism resulted in a proposal led by then-Commissioner Carlos Gimenez, now the county’s mayor, to repeal the referendum, but commissioners didn’t approve it.

At last week’s meeting, Mr. Bovo lamented that any hopes for Metrorail extensions to places such as Liberty City or Florida International University should be put to rest – at least for the foreseeable future.

“It’s a bitter pill to swallow,” he added.

Perhaps “we should just do small improvements to transportation and we’ll get there in 30 years,” Mr. Barreiro said. “If we would have done that 30 years ago, we’d be there now” with the kind of mass transit system that was wanted.

Commissioner Jean Monestime went a step further, suggesting that the county might propose another half-penny sales tax increase to better fund the system.

“Are they [the taxpayers] willing to pay for that?” he asked.

Another alternative, Mr. Monestime suggested, might be for the county to partner with business to accomplish major mass transit projects.

Mr. Moss acknowledged that progress has been made on some of the transportation program’s objectives, noting that, among other initiatives, area officials have started making plans for a public rail line from Miami to Miami Beach.

Meanwhile, Mr. Moss said he has given Miami-Dade Transit a list of items that can be addressed in the short term.

“I’m asking Transit to deal with a number of issues I’ve outlined,” he added.

In his presentation, Mr. Scurr pointed out that a number of good things for Miami-Dade mass transit have been done with the surtax money, adding that program tax collections have increased to about $225 million a year.

Among the program’s accomplishments and initiatives are:

-Completion of the Metrorail Orange Line to Miami International Airport – a 2.4-mile project at a cost of $506 million. Construction started in May 2009 and was completed in July 2012 on budget and on time, according to the trust.

-Surtax funds of $375 million have been allocated to buy a new fleet of Metrorail cars, with delivery starting next year. The new cars, the trust said, will be equipped with the “latest technology that will offer transit customers improved reliability and customer service.”

-Surtax funds of $135 million were used to buy 596 new buses for the Metrobus fleet.

-Surfax funds were used to buy 29 new Metromover cars for $69 million. All the new cars are in service. Also, Metromover fares were eliminated after the ballot measure passed.