Advertisement
The Newspaper for the Future of Miami
Connect with us:
Front Page » Government » Port to raze warehouses, regain land 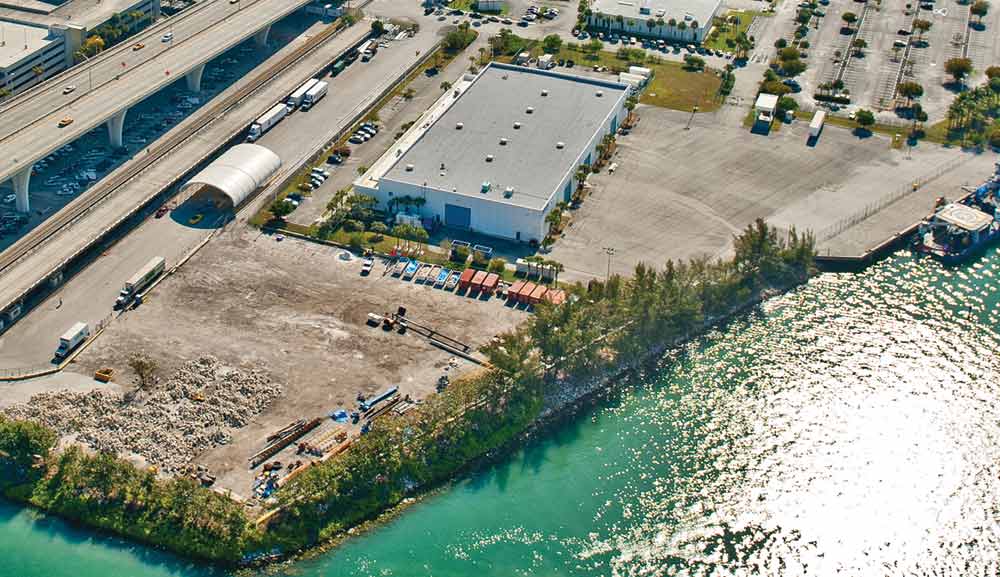 PortMiami intends to tear down and relocate or remodel several of its warehouses.

“Nearly every warehouse is destined to be knocked down and relocated in the next five years,” said Kevin Lynskey, assistant port director.

One warehouse was used by a stevedoring group, two are used by customs, one was an old refrigerated warehouse, and another is the Marine Spill Response Corp.’s facility. The marine spill facility is required at the port to respond to and cleanup a marine spill.

“There isn’t a priority list, but almost every one of them we’re going to let [go of] in the next few years,” Mr. Lynskey said.

The reasons behind the relocation of each, he said, vary – the stevedoring building is in disrepair, the refrigerated warehouse is no longer used for its original purpose because there are refrigerated shipping containers, the customs buildings are outdated and the marine spill building has six times more space than it needs – but what it comes down to is that as the port develops, space needs to be used more effectively and leveraged to optimize returns.

Last week at Miami-Dade County’s Economic Development and PortMiami committee meeting, members approved 5-0 a plan to tear down and relocate the marine spill facility at a cost of about $6.2 million.

The port intends to cover those costs by folding them into a development deal with a private developer when packaging the existing site, Mr. Lynskey said. Currently, the property generates about $30,000 in taxes a year for the county. After that land is cleared and developed for another purpose, those taxes should increase, Mr. Lynskey said.

“The port has a limited amount of land and the ability to regain five unused acres is very valuable. That is what the deal allows,” Mr. Lynskey said. “The probability of a higher and better use [of the land] putting back a higher amount to the county is 100%. There could not be a loss. There is no loss.”

In the past 23 years, not one spill has occurred at PortMiami, Mr. Lynskey said.

Talks about relocating the facility began in 2011 among port administration because the land that the facility sits on has become more valuable. The facility currently only uses about 1 acre of its 6.6 acres, Mr. Lynskey said. The existing warehouse is 59,000 square feet.

“We realized during the master planning process that we were crimped for land and that land in particular had much higher value being put into play for a commercial use,” he said.

The difference in the anticipated land need and actual use may have been because at times, the organization uses the available land to practice responses. Most of the equipment in the warehouse actually is used on the attached blue response vessel. To relocate the equipment, what the corporation would do is put it on the vessel where it belongs and take it to another location on the port, Mr. Lynskey said.

The port doesn’t have a timeline for the relocation and rebuilding of the property, but following last week’s passage of the resolution it will move to the full county commission, whose approval is needed to proceed. The port is considering several sites for the new facility, from under the Florida Department of Transportation’s Port Bridge to the port’s eastern end.