Advertisement
The Newspaper for the Future of Miami
Connect with us:
Front Page » Communities » Super-yacht project in bay set to begin 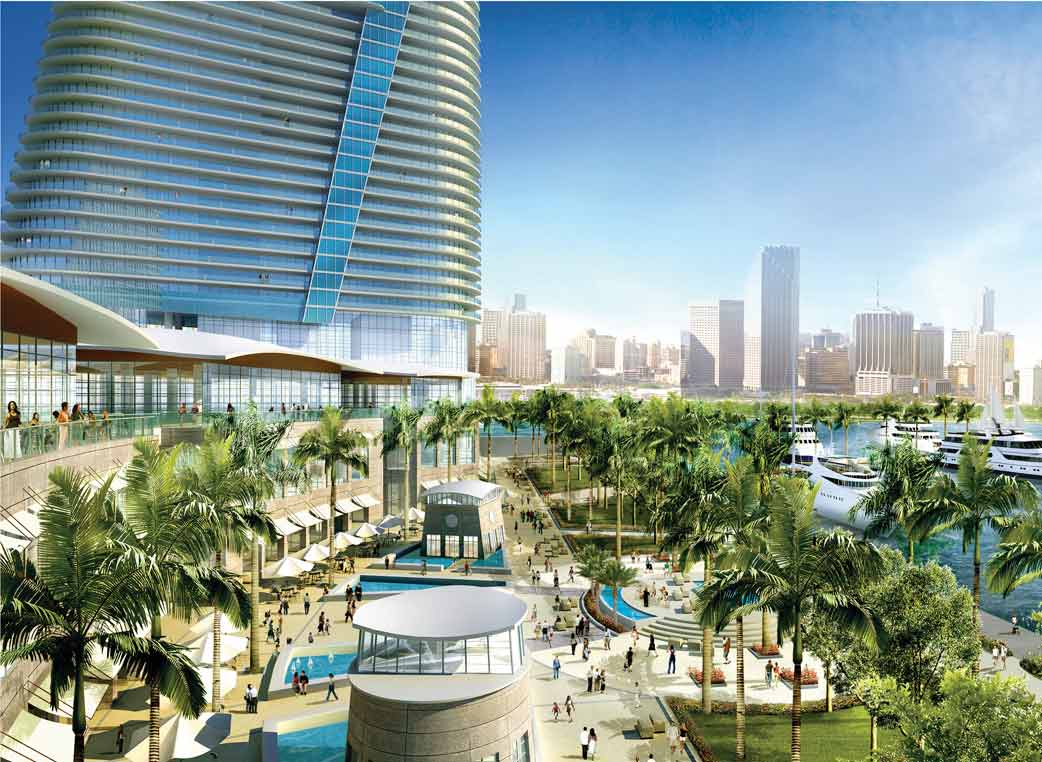 It may be years behind schedule, but the grandiose Island Gardens project is moving ahead with an anticipated summer groundbreaking and has landed a sweet deal to host a new event as part of the annual Miami Yacht & Brokerage Show.

A key part of Flagstone Property Group’s proposed $640 million Island Gardens’ mixed-use project on Watson Island is a deep water marina for mega-yachts and “super-yachts,” to be called Deep Harbour.

“The project’s original components and proportions are the same… The mega-yacht marina is actually the main component of the project and has always been,” said Bahar Bayraktar, leasing coordinator for Island Gardens Miami.

Island Gardens was represented at the recent 2014 Yacht & Brokerage Show in Miami to announce the deal signed with Show Management, “which will entitle them to put on their new annual show Superyacht Miami at the Island Gardens marina,” she said.

“Island Gardens is a world-class development. When it’s completed as planned, it will have one of the only marinas in North America designed specifically for super-yachts,” said Efrem “Skip” Zimbalist III, CEO of Show Management, the company that co-owns, organizes and produces the Yacht & Brokerage Show.

“We’ve received a tremendous amount of positive feedback at this year’s show about the launch of Superyacht Miami, and it’s all about adding a new and exciting category of yachts to the show,” said Mr. Zimbalist.

Show Management said it would provide complimentary transportation for show attendees between the Island Gardens marina and the Yacht & Brokerage Show’s main location along a mile-long strip of the Indian Creek Waterway on Collins Avenue from 41st to 54th streets.

When completed, Deep Harbour Marina will accommodate 35 to 75 mega-yachts, superyachts and “giga-yachts” within a range of 80 to 480 feet, the largest collection of slips for yachts of this size in South Florida, according to the developer.

The marina also is to feature floating piers for day boats and be home to a fleet of water taxis linking Island Gardens to the harbor between South Beach and downtown Miami.

Water taxis will serve all primary destinations on Biscayne Bay and provide access to South Beach, Fisher Island and other prestigious waterfront addresses, according to Flagstone.

The overall Island Gardens complex, which is to rise on the city-owned island, is to include a five-star luxury hotel, a four-star lifestyle hotel, fractional ownership residences, high-end retail and world-class waterfront dining set on 6.5 acres of publicly accessible and landscaped open space, in addition to the marina.

Work on the massive project is expected to begin this summer, according to Brian May, a consultant to Flagstone Property Group.

“Everything is moving along well. All of the financing is coming together nicely, and the company is working diligently on plans to break ground on the marina portion of the project, which includes dredging and other items,” said Mr. May.

Asked about a timetable for the start of construction, Mr. May said work should begin this summer.

Last year the city granted Flagstone an extension to its lease of the prime island real estate that requires work to begin by June 2.

Mr. May said there will be no need for another lease extension.

Numerous delays, including the economic slide and port tunnel dredging, have for years held back Flagstone’s plans, which the city initially approved in 2001.

One Response to Super-yacht project in bay set to begin