Advertisement
The Newspaper for the Future of Miami
Connect with us:
Front Page » Business & Finance » Mega-yacht marina sails ahead 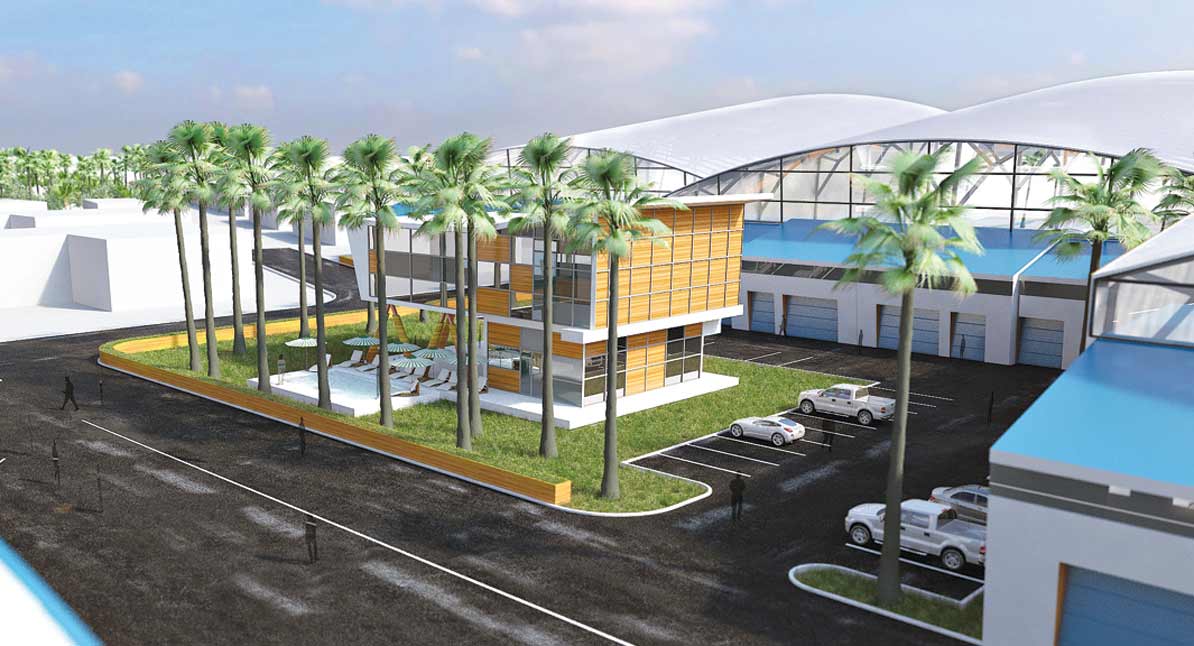 The plan from property owner Homero Meruelo to build a new marina with exclusive enclosed slips for up to 16 mega-yachts floated to quick approval Monday when the commission approved it unanimously.

The high-end project, to be called Miami Mega Yacht Marina, elicited rave reviews from several commission members. A subcommittee of the commission reviewed the site plan Feb. 19 and recommended approval.

Now, Mr. Meruelo and his team have to work to secure a pile of permits to bring the unique project to fruition.

What’s different about this project is that it provides quarters for each yacht captain and crew, with the temporary living quarters looking out over the big boats.

“We believe this type of facility does not exist anywhere in the world,” Mr. Meruelo told the commission.

He said the planned marina will enhance the river, both aesthetically and economically.

The developer said the project will bring to the Miami River the very sought-after mega-yacht industry, which has gravitated towards Broward and Palm Beach counties.

It operates under the name of Brisas del Rio Marina, and is currently licensed for 45 slips.

The project consists of a private marina for 16 mega-yachts approximately 200 feet long. Each slip would be covered and would be provided with covered parking for three vehicles, indoor storage, and quarters for the captain and crew.

Each vessel would also be provided with covered storage for tenders, an owner’s vault for storage of valuables, as well as a flexible space that could house a repair shop, recreational space or additional storage.

Amenities would also include a clubhouse with coffee shop, Internet room, dining area, spa, exercise room, media room and swimming pool. A warehouse/office building would be built for marine-related businesses.

Mr. Meruelo was asked how the new marina would be operated. He said developers have not yet decided whether the slips would be leased to yacht owners or sold on a “condo basis.”

The architectural design was prepared by Antonio Rodriguez-Tellaheche, director of architecture and real estate with HCD Developers based in Doral.

“The existing use is an eyesore,” said Mr. Rodriguez-Tellaheche. “We are very excited about this,” he said, referring to drawings showing the new marina. “We don’t know of a facility like this – anywhere. We believe it’s the beginning of a new era in Miami-Dade County.”

Susan Engle of Enviro Care, who is working with the developer, said she expects the permitting process to take 8 to 12 months.

The project does call for some dredging of the river, and the removal from the site of some upland soil. They also plan to build a new seawall. They said they will be doing many environmental studies as part of the project, too.

Commission member Sandy Batchelor said the project would add economic dimension to the area and bring new jobs. It would be “a bonus for the city,” she said.

Miami City Commissioner Frank Carollo, also a river commission member, said it is an interesting concept. He said he sees the project as good for the city as a whole, by providing jobs.

Mr. Carollo then quizzed the developer on a timetable, noting that others have made promises to the city about building a mega-yacht marina on city-owned land on Watson Island for more than a decade. “It’s going on 12-13 years now and we’re still waiting,” Mr. Carollo said.

Mr. Meruelo said he has an extra incentive to see Miami Mega Yacht Marina built. “I own it,” he said of the property.

One Response to Mega-yacht marina sails ahead