Advertisement
The Newspaper for the Future of Miami
Connect with us:
Front Page » Real Estate » Lennar expects housing gains to slow 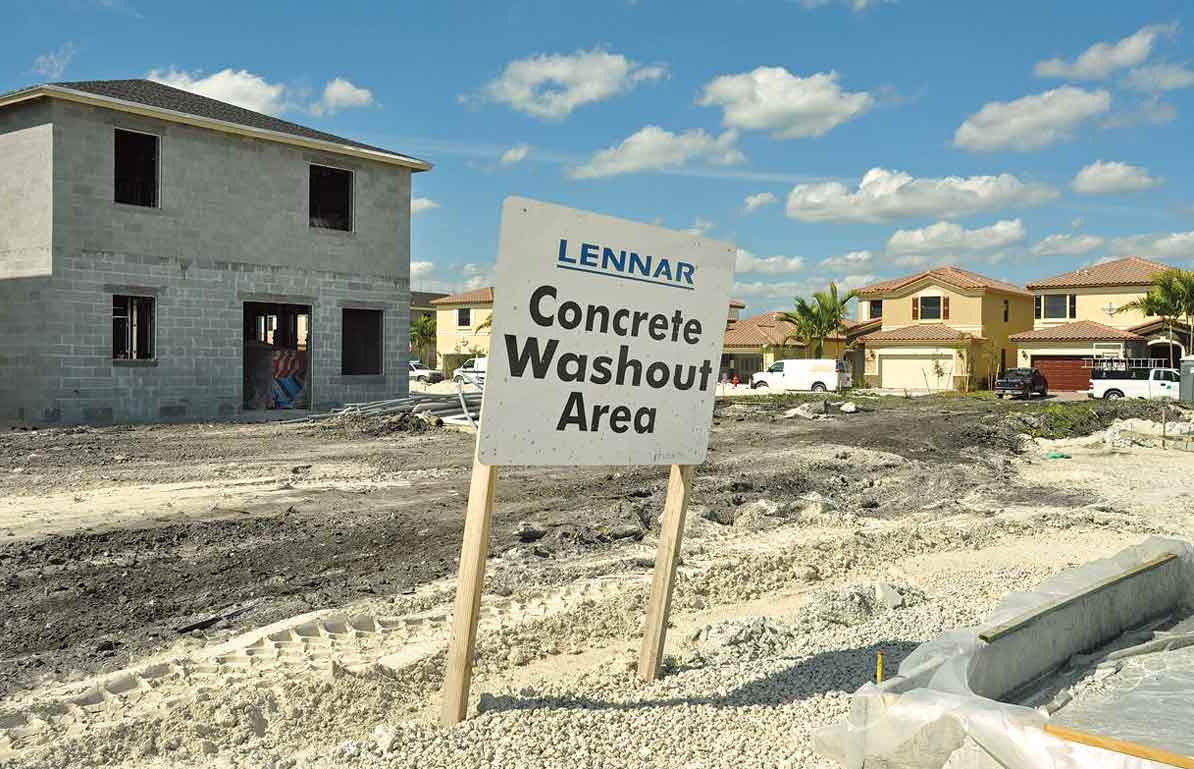 Miami-based Lennar Corp., one of the nation’s largest homebuilders, increased revenues and home deliveries in 2013, but the company expects improvements in the housing market to slow this year in Southeast Florida and beyond.

Southeast Florida has been the company’s most profitable segment, with gross margins on homes sales increasing to 29.8% in the region compared with 24.9% companywide.

This year, the company expects to deliver 21,000 to 22,000 homes nationwide, with gross margins staying about the same as last year at 25% companywide.

“We believe that the housing market is in a solid recovery mode as we enter 2014, although we have seen the rate of improvement in the overall housing market moderate due to the tapering of federal stimulus and the recent upward movement in mortgage rates from their historically low levels,” Lennar said in its recently released annual report.

The Southeast Florida market, the company said, has been marked by solid price increases, as demand has outpaced supply due to limited available land and fewer competing homebuilders.

Of the company’s 1,741 delivered homes last year in Southeast Florida, most – 1,137 – came from new “higher margin” communities, the company reported.

As of last year, Lennar counted 30 communities in Southeast Florida that it was actively developing, about the same number as previous years.

The company also reported lower cancellation rates of home sales in 2013, reducing the companywide number to 16%. In Southeast Florida, the number was even lower at 12%. Homebuyers are generally permitted to cancel sales contracts, which are often accompanied by deposits, if they fail to qualify for financing and under certain other circumstances.

In addition to Southeast Florida, Lennar has a number of other homebuilding divisions.

Meanwhile, Lennar grew its workforce last year to 5,741 employees, up from a 4,699 growth of workers in 2012. The company’s homebuilding operations accounted for 2,979 employees, followed by its Financial Services division with 2,368, its Rialto segment with 302, and its multi-family operation with 92.

“We generally supervise and control the development of land and the design and building of our residential communities with a relative small labor force,” Lennar’s annual report states.

“We have subcontractors for site improvements and virtually all of the work involved in the construction of homes.”

Lennar also has diversified its business in other ways.

In 2010 and 2011, Lennar’s Rialto segment began investing in distressed properties to take advantage of “the opportunities arising from the dislocation” in the US real estate market, the company said.

Lennar’s executive offices are in West Dade at 700 NW 107th Ave., off the Dolphin Expressway opposite the Dolphin Mall.

Lennar executives in Miami refused to be interviewed for this story, but the company’s outlook in its annual report is generally positive.

“In fiscal 2014, our principal focus in our homebuilding operations will continue to be on generating strong operating margins on the homes we sell by increasing sales prices and reducing sales incentives to offset increasing material, labor and land costs, as well as taking advantage of the steps we have taken over the past several years to reduce costs and right-size our overhead structure,” the company said.

“During fiscal 2014,” the company added, “we expect our Financial Services segment’s earnings to decrease due to the lower volume of refinance transactions and an overall more competitive environment, however, the segment will continue to benefit as our homebuilding business expands and the number of non-Lennar purchases using our mortgage company continues to grow in various markets.

“In addition, as Rialto continues to grow as a blue chip capital investment management company and commercial real estate capital provider, we expect the prospect for future earnings from our Rialto segment to continue to improve.”