Advertisement
The Newspaper for the Future of Miami
Connect with us:
Front Page » Arts & Culture » Curtain rises on work of rebuilding playhouse 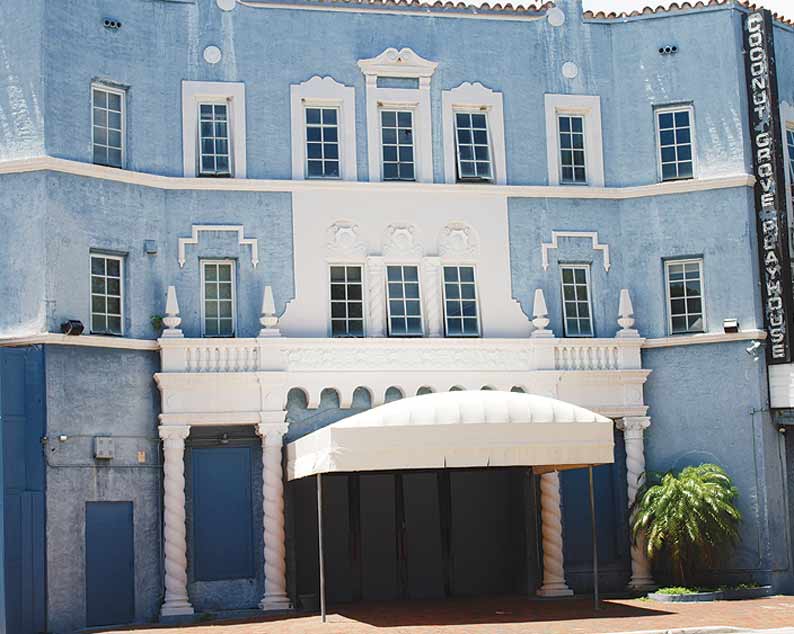 Years ago, Miami-Dade County officials set aside $20 million in bond money to one day revive the historic Coconut Grove Playhouse.

That day has finally arrived, thanks to the combined efforts of Miami-Dade County, the City of Miami and Florida International University.

Last week, county officials announced they’d met a Jan. 15 deadline to clear up old debts and encumbrances, requirements set forth by the state before the county and university could sign a long-term lease of the aging theater. The theater is state property.

The sprawling and grandiose theater has sat vacant and deteriorating since it shut down in 2006, after financial woes strapped the group in charge.

On Jan. 15, Miami-Dade County and Florida International University announced that their lease with the State of Florida for the Coconut Grove Playhouse had taken effect. The county and university met the state’s deadline to demonstrate that encumbrances affecting the property’s title have been addressed satisfactorily, which was a prerequisite to the lease.

The 50-year agreement allows the county and the university to move ahead with plans to return theater to Coconut Grove.

“This is real progress in advancing Miami-Dade County as a global center for culture and commerce. Now we can get started on the work to ensure that this important site is reactivated in order to present great theater experiences for families and children throughout South Florida,” said county Mayor Carlos Gimenez.

Setting the stage for revival of the playhouse, county commissioners and Miami’s Parking Authority approved an agreement last month to have the authority operate the Coconut Grove Playhouse surface parking lot.

It’s one of the first steps to bringing the theater back to life, by making improvements to the parking lot that hugs the playhouse on Main Highway and William Avenue, about three blocks from the Grove’s bustling downtown retail district. That work might begin next month.

Plans to resuscitate the theater began to come together in 2013 when the county announced an agreement with FIU. In August, the state approved FIU’s business plan, which allows the university – in partnership with the county – to have a 50-year lease for the theater, with a possibility of two 25-year renewals. The long-term lease was signed in October.

Florida’s Department of Environmental Protection has been handling the property since the state seized it last October for violations of restrictions of the state’s property deed.

When the dust settles on the reborn playhouse, and the curtain rises once more, it will be a teaching theater.

“This is an exciting development for our students and faculty,” said Brian Schriner, dean of the FIU College of Architecture + The Arts. “We look forward to collaborating with GableStage, a world-class regional theater company, to develop programs that provide superb educational experiences, ranging from student internships to university-sponsored performances and community activities.”

“With the support of Governor [Rick] Scott and members of the Florida Cabinet, this project has been able to move forward, which will provide opportunities for this community,” said Secretary Herschel T. Vinyard Jr. of the Florida Department of Environmental Protection.

County officials said the next steps include initiating the county process to competitively select an architectural and engineering team, and finalizing an operating and management agreement with GableStage to manage and program the theater, once completed.

The Mediterranean Revival-style theater, built in 1926, had been acquired by the state in 1980, when it agreed to purchase its $1.5 million mortgage, according to a Miami city report on the site.

Originally, the theater could seat 1,500 patrons and the building housed seven storefronts on the ground floor, 10 offices on the second, and apartments on the third.