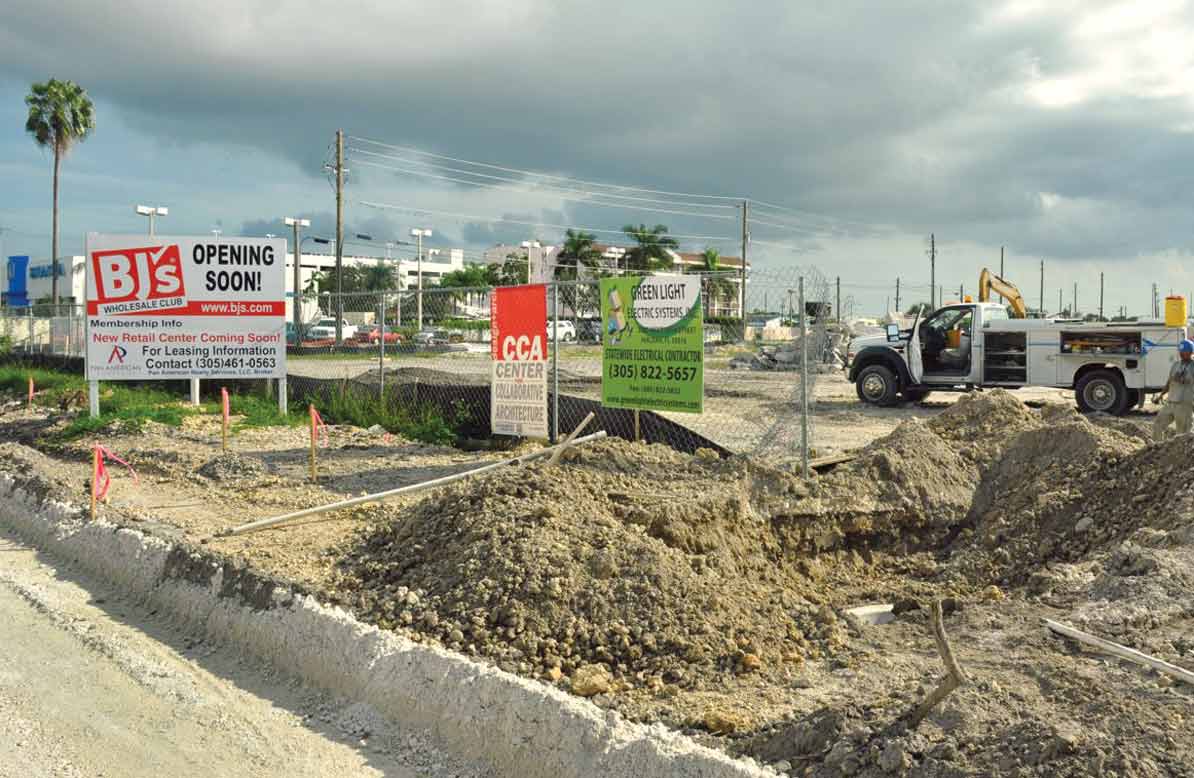 In the summer of 2014, Miami-Dade County residents will be able to welcome a big box store with less resistance than Midtown’s looming Walmart: a BJ’s Wholesale club at 7090 Coral Way.

“We expect the concrete building pad to be poured before Christmas,” said a representative for Pan American. At this point, all water and sewer lines are in place.

Brownfield sites are properties whose use may be complicated by environmental contamination. Incentives to develop the site are offered by the State of Florida in the form of bonus taxes to help develop and contain contaminants. Containment can be as simple as paving the land to keep contaminated soil in place.

What marked approximately the 18 acres at 7090 Coral Way as environmentally toxic? Its past of wood treatment with a chemical solution of chromate copper arsenate and creosote when leased successively to the Miami Wood Treating Facility, Lindsley Lumber and Stanley Davison between 1941 and 1980.

As part of the brownfield development agreement, the site will eventually provide 120 new jobs with an average annual wage of $21,820.

In addition to the BJ’s and adjacent filling station, two outparcels will include a bank and a quick service restaurant. A second large block of retail space is being developed that will either be split into two large spaces or become one large space and eight to ten additional smaller retail spaces of 1,250 to 2,500 square feet each.

The Coral Terrace-area BJ’s will join 201 others in 15 states, 29 of which are in Florida with seven in Miami.