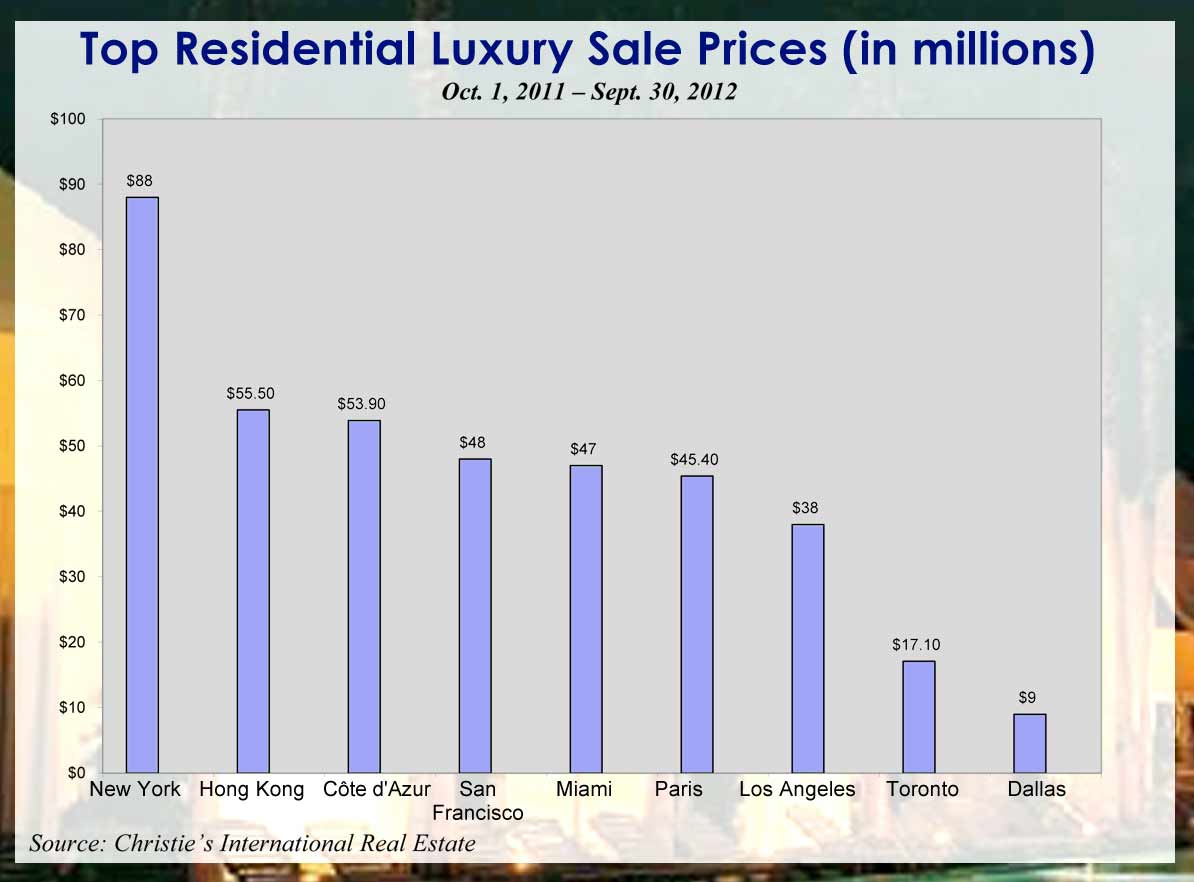 And this year for the first time it named Miami as one of the cities where the rich not only play but also stay.

“Miami is on everybody’s radar across the world,” said Ron Shuffield, president and CEO of Esslinger-Wooten-Maxwell Realtors, an affiliate of Christie’s International Real Estate. “We have a lot of people coming here to spend their money and enjoy what we have.”

Emerging as the most attractive cities for the rich: Dallas, Hong Kong, London, Los Angeles, Miami, New York, Paris, San Francisco and Toronto. Côte d’Azur, also called the French Riviera, even though not a city, also made the list, “added to this elite survey group for being one of Europe’s most highly prized second-home destinations for more than a century.”

And observers say Miami has cultivated the cachet to draw these buyers.

“And as trite as it sounds,” he said, “the weather is still a big draw.”