Advertisement
The Newspaper for the Future of Miami
Connect with us:
Front Page » Communities » Flagler Street owners tax selves for railroad motif 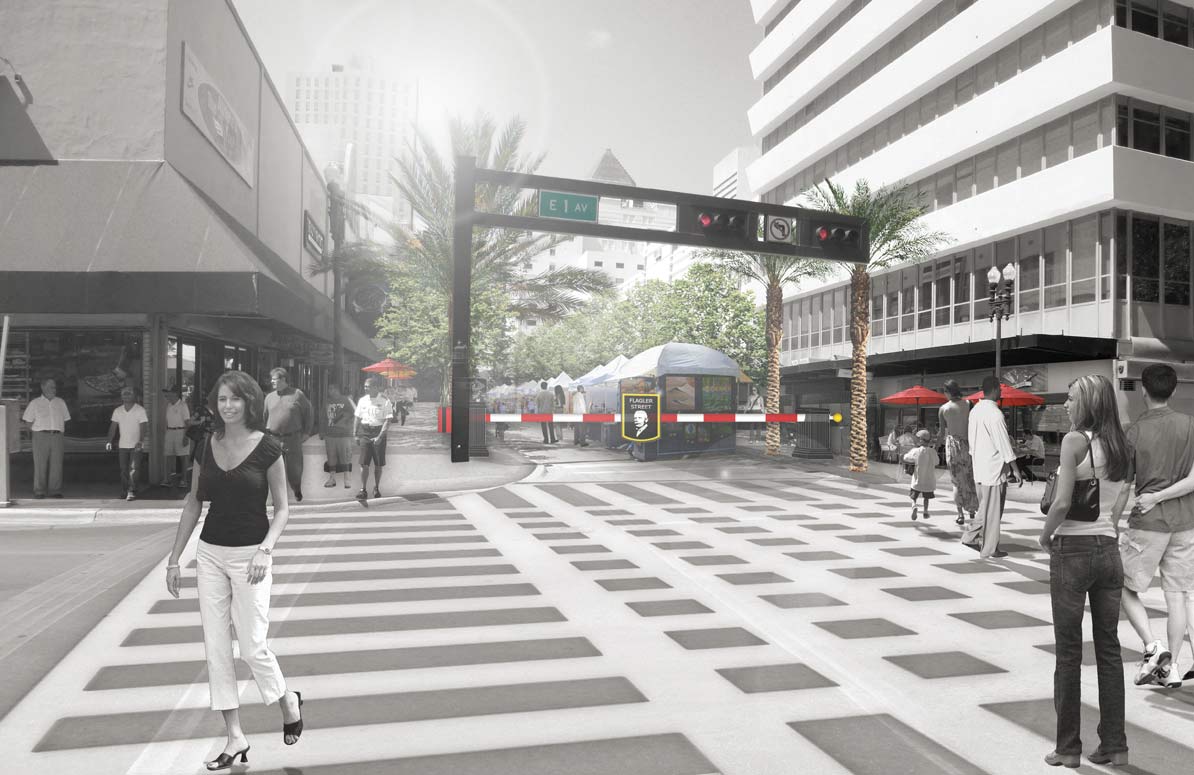 The Downtown Development Authority’s plan to spruce up Flagler Street has moved into high gear, with an important new component. Property owners on the street are now willing to tax themselves to pay for part of the improvements, said Neisen Kasdin, authority vice chairman and office managing shareholder of the Akerman Senterfitt law firm.

“The game changer is that the property owners viewed the complete package and not only support the physical improvements, but are offering financial resources,” he explained. “The stakeholders have skin in the game now.”

Property owners on Ocean Drive in Miami Beach agreed to a similar self-assessment when that street was being upgraded, Mr. Kasdin added. The amount of the assessment hasn’t been decided yet, in part because the authority plans to investigate all possible funding sources for the project’s cost of $5 million to $10 million.

Miami-Dade County has funds set aside for economic development projects; the authority will ask it to earmark some of that money for Flagler Street.

“The owners’ involvement is very compelling, and it will be difficult for the county to say no,” Mr. Kasdin said.

The new design will feature a railroad theme, highlighting Standard Oil tycoon Henry M. Flagler’s achievement in pushing the Florida East Coast Railroad past Palm Beach and into Miami, thus connecting the fledgling city with the rest of the world. Property owners and landlords on Flagler viewed renderings at a well-attended meeting Oct. 21, and the feedback was good, authority sources said.

“So much of Miami owes its existence to Henry Flagler,” said Javier Betancourt, authority deputy director. “It seemed fitting to celebrate his life by orienting the street design to him. He transformed Miami.”

The sidewalk design alternates light and dark grey bands of concrete to give the effect of railroad tracks, and an actual railroad tie will be imbedded in the sidewalk to separate the walking surface from the street furniture and trees. The concrete was chosen because it is inexpensive, durable and easy to replace.

“One request we had from the business owners was the ability to close off the street for special events,” Mr. Betancourt said. At first, bollards were considered, but the designers instead incorporated movable gates like those at railroad crossings. They can be propped up vertically when not in use. “That’s the most thematic element,” he added.

Shade trees, bike racks and other furnishings complete the picture.

“The basic concept was to widen the sidewalks for outside cafes and make them more walkable; this design accomplishes that,” Mr. Betancourt said. The plan is expected to go to the authority’s board for approval next month.

Flagler Street has long been a concern to downtown business owners. Many sidewalks have been expanded, restricted or rebuilt over the years. In addition, street surfaces are uneven, and a failed pavers project has left many conflicting surfaces.

Because underground pipes, drains and utility lines were antiquated and in severe disrepair, the City of Miami had to replace those before the above-ground work could be tackled, authority sources said.

When the group formed a Flagler Street Task Force several years ago, a study called for changes including “wide sidewalks that are clean, safe, uncluttered and shaded; cohesive design elements – such as landscaping, street furniture and art – urban parks, plazas and open space; regularly occurring street festivals and events; and classic trolley service to other downtown destinations.”